A Busy Month, bit of a cop out, a birthday, too much laundry and very little time!

Guilty as charged.  Yep - time has been very illusive of late.

Basically, I'd forgotten how much organizing (shopping, cleaning, laundry and boat prep) goes into having folks on board again...  since we've been allowed to operate once more, any "days off" are anything but... WHICH of course means I've just not long enough to sit down and cobble together write a literary masterpiece  of a blog.

SO -  in a bid to bring you up to speed, this is a total cop out post with mainly a photo stream of what's been happening, preceded by a list of statements - that probably won't even tie in with the photos but you can't always take a photo of things happening... especially when they involved death defying leaps onto boats etc.

1)  In Ellesemere during a horrible thunderstorm, the bosun and I had to take charge of a hire boat when the hirers panicked, got wedged on the offside after crashing into everything in site.

2)  We picked up a guest at Chirk, went to Llangollen Basin, back to Chirk, down the Monty (in gale force wind and rain), down to Nantwich - had a meal out, raced back up to Chirk and had a lovely time. (12 days)

4)   Rescue of another hire boat wedged across the canal with 4 oaps on who really should not have been let out on one... I blame Tim and Pru for giving folks the impression it's a sedate pastime... it may be in places but the Llangollen canal is NOT one of those places!

5)  Quick turn around (1 day) then a returning couple for a 2 night Llangollen to Lion Quays again trip - plenty of drama to do with 70 foot hire boats causing mayhem.

6)   Quick turn around (1day) another returning guest for a repeat of the 2  day aforementioned  trip (well Chirk Station to Llangollen and Lion Quays again) - Hire boat AND private boat chaos... this time the private boat causing problems by stopping every time a boat came towards us (up stream) but with 3 boats following him, it meant the rest of us had no where to go each time he stopped...  it's the closest I've come to wanting to fire a torpedo!  - this went on for 5 hours as we had a table booked for drinks and couldn't just pull over and  let him chug on alone!

7 )  I had a birthday - complete with a beautiful watercolor gift (an early big one) presented by a guest who'd had it commissioned from a photo she'd taken previously...  and I'm only using the term 'guest' out of habit ... she's a friend 1st,  and the customer status is superfluous.

8)   LOTS of cleaning and Laundry!

9)  Bosun booked me a birthday bath as a surprise.

10)  Did a bit of boat maintenance in the form of touching up paintwork in my waders in Llangollen Basin.

12)  Was crashed into several times in one day by red-perils.

13)  Walked back down a bloody big hill from a castle needing a wee.

14)   Told a lock keeper at Grindley brook he really should be managing ALL The locks, not just the stair case

15)   Fell out with another boater due to the afore inferred chaos at Grindley Brook.

16)   Met lots of lovely boaty people... be them hirers, share owners or private owners.  This canal is Alive (but very chaotic) and full of daily adventures.

17)   Got a new gas bottle down in the town and only THEN remembered I'd have to carry it up the ruddy big hill to the boat in the basin.

and lots of other things that I've forgotten about.

oh - and I need a haircut too but that will have to wait until Next week when we arrive back in Nantwich after we leave the Llangollen canal for this year. 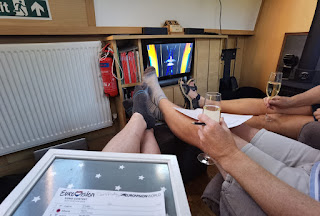 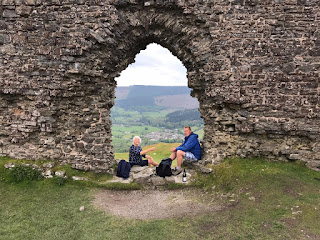 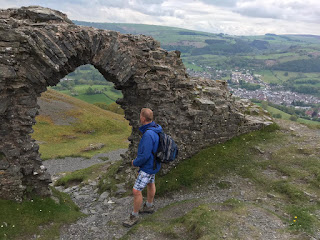 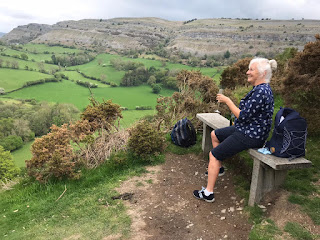 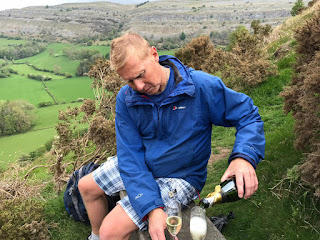 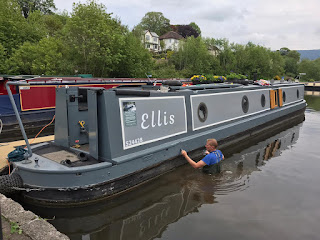