A Pat on the back... Literally and another 200 hour service.

You know what? - I just read back through my last post and (spelling, grammar and typos excluded) it's actually good.  I don't think I could have done it any better... I'm quite pleased with how it turned out.  Aren't I wonderful? 😀

I've had a few nice comments on the blog and also received a fair few lovely emails saying nice things...  Thanks for the kind and supportive words.

That said, please don't think of me as a victim here  - I'm not... we both are in our own ways but it's just part of life...  We are both going to plow on and so long as I don't do anything cruel to folk as I bumble my way through this "life thingy"... I'll be happy.

BACK to the boaty plot -

We had some cracking weather on our sojourn down to Selby ... note I said journey DOWN ... coming back was a different kettle of fish - wind and rain rather wore us down.

Once through Castleford and on back on the River Aire, we got a bit confused when approaching a bridge that was being worked on... whilst there were arrows pointing to the middle - indicating we should go that way through, there WASN'T a route though... not until last minute when 2 chaps pulled a floating walk away across the river and out of our way. 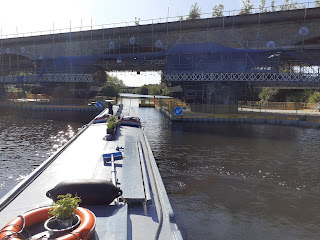 Once on to the Selby canal, it was good to see the weed was much less than expected... it turned out CRT had been clearing it away JUST for us ;-) 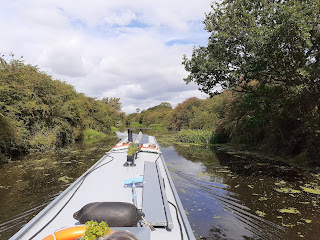 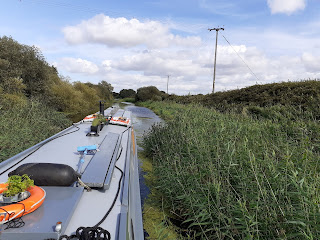 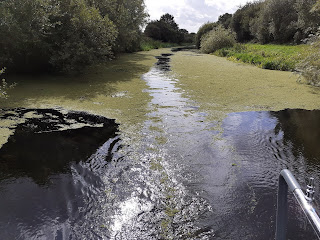 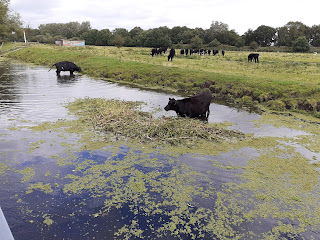 It was a really lovely afternoon's chugging and we saw perhaps 5 different kingfishers up close and personal... not close enough to get a photo though.

On arrival in Selby basin, we were just in time to see a boat come bravely in off the Tidal section... white knuckles and lots of swearing lol.   The chap on the tiller looked just as scared as I did last year when we did the same section... 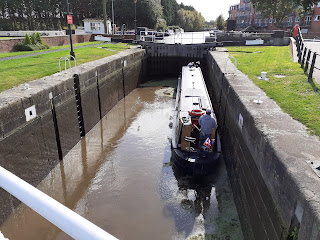 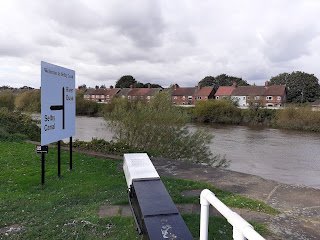 HE also vowed never to do it again lol.

As mentioned, the following day our return trip back up the river was NOT so good - wind and rain (along with 18inch waves hitting the boat) did mean for a tiring and cold trip.

No matter... we got back on course and ended in Castleford.

IT was here I realized we had just tipped over a service interval ...  nothing else for it but change the oil and filters... we left it until the next morning though as the engine would have been very hot given how hard we'd been working it on the river in the wind.

As luck would have it, Pat was keen to take part so I stepped a side and issued guidance. 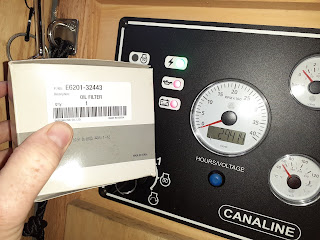 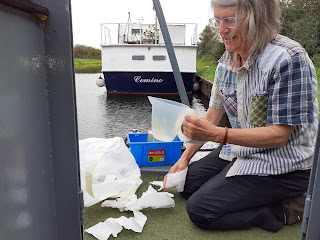 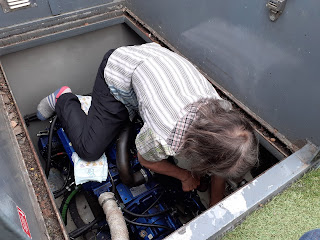 Pat was the FIRST guest game enough to climb down into the engine hole - even though to be honest, it was just a photo opportunity to wind her kids up a bit lol  - Oil and filters changed, I checked the belts and before long we were on our way again and heading up stream towards Leeds.

WE stopped off at Thwaite Mills visitor centre moorings and Pat went in for a look around whilst I cobbled together tea. 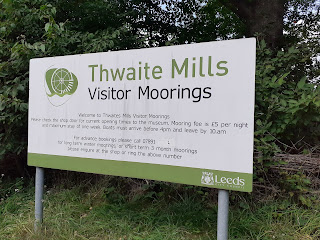 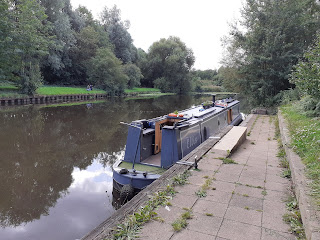 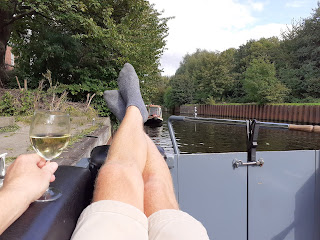 After a quiet night there, the next morning we set off into Leeds and rather luckily were able to moor in Clarence Dock (which has at some point be renamed Leeds Dock) and plug in to shoreline with water (literally) on tap...  heaven. 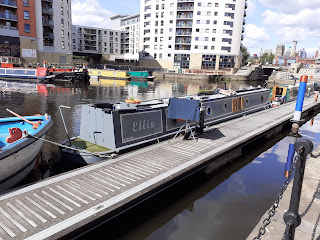 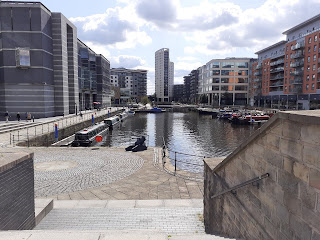 The relaxation was soon broken when on washing up after tea, the sink blocked up... no matter I thought and prodded away with my pipe -unblocker... which promptly 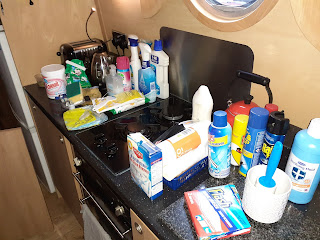 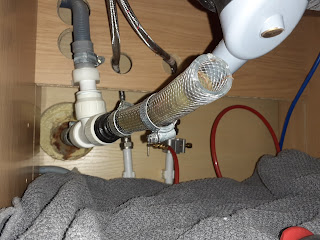 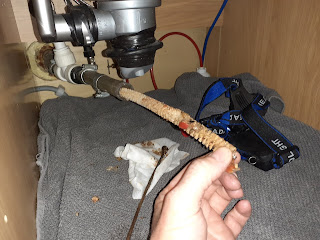 snapped off IN the pipe - making things worse...

Leaving it until morning, I cleared out under the sink and began taking things apart... hmmmf...  what a faff... anyway - it 's done now and all back together...

I'd hoped to be able to encourage Pat to muck in a bit more and clean the oven... alas it wasn't to be.

We did our own thing  during our time in Leeds - when I came back from my walk (I'm trying to walk 5 miles a day at the moment as my back is playing up and it eases it)... I noticed the pump out machine on the service 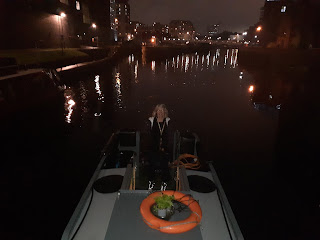 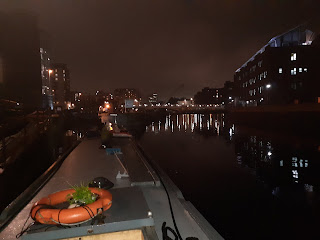 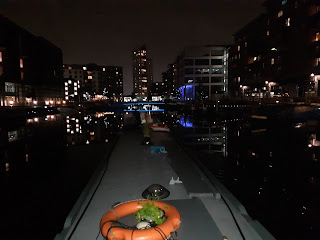 pontoon on the river was on pause... SO we decided to have a little night cruise to make use of it...

It's not far but still nice to  "play" in the dark...  Pat seemed to enjoy it AND despite what you might be thinking, I DIDN'T make her do the actual pumping out...

Luckily
, when we returned to the dock, no one had jumped in and stolen our place so a good end to a lovely trip.

On our final morning after breakfast (Banana pancakes yummy) we chugged on up the River to Granary wharf so Pat could catch her train home and I could be closed to a "big shop" in order to restock ready for my next guests to join the adventure... 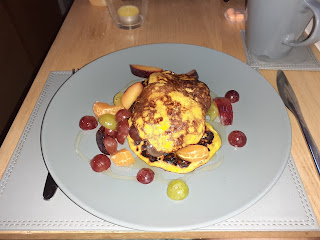 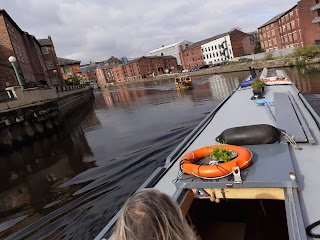