Dry January, Vegan options, More repairs and a free month at the gym.

I know I drink too much generally... ALL/Most SOME boaters do...  I  think it's to do with rarely having to drive a car... or get up early the next morning after a drinking session and THEN drive  a car.

Since Andy and I split last year, I've gradually curbed my booze consumption - I suppose mainly because being on the boat alone (or alone with guests) I have to be solely responsible for everyone's safety...  I  always WAS but doing things solo does make you look at things with a different perspective.  In that regard THIS Dry January should be easier - the Jury's out on that one for now lol.

Still, I'm doing it and haven't wavered...  I WAS doing well this time last year too until mum died and then I fell off the wagon and never managed to climb back on.  Having spoken with dad the other day (who seems physically fit and well - especially considering how seriously ill he had been only a copule of years ago), we both think he'll see the month out!  HE BETTER!

ANYWAY - whilst on the rode to perdition so to speak, I've been experimenting in other ways to self flagellate ...VEGAN meals...

Now before you good vegans start jumping up and down, I'm writing this with a grin... in fact, whilst I am not going to become vegan (my liking of 'proper cheese' eggs and milk is too strong) - (and btw, chickens HAVE to lay eggs or they'd explode), I AM learning and opening my mind to vegan options when out and about  in particular...  well I would be if I had enough money to eat out but you get my gist.

I've actually got quite a few vegan friends these days... the openly less sophisticated food wise (by their own admission) Greg & Frankie , several other boaty types who as I write this I can't remember their names and also some dear vegetarian friends - one of whom is keen to convert to vegan.    IT was Richard who gave me a quite simple vegan recipe stolen from the observer I think it was, for Thai green sticky mushroom spiced rice.  I say vegan it SHOULD have been (and would have been if I'd  listened and got some Thai curry paste from Morrisons rather than the blue dragon stuff (which ahem, contained fish paste)...   The point is, with a little bit of conjuring, it was rather nice and  'Ellis' is going to add it to the veggie menu for guests this year... 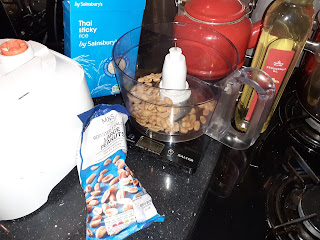 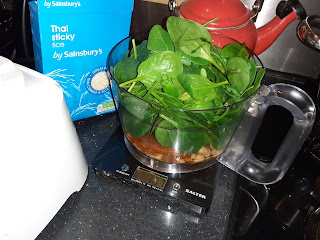 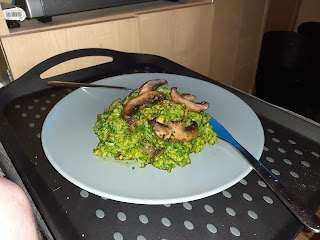 You'll gather from "tea on a tray" that the dinette is once again my work shop!

I've an offer to go to a local vegan  restaurant with my friend 'boaty Julie' but having looked at the recommended vegan sharing platter, I'm put off by the price given my current cash flow and solicitor bills...  I'll get there at some point but not until this years money begins to arrive.

In  more "maintenance" news, I'm still plodding on doing jobs here and there... the latest of which was to make another base-plate cold store area... the original one proving extremely useful  - not so much for cold storage in high summer as it's not really cold enough for veg by the time the water in the canal has heated a bit... it IS useful storage for drinks bottles etc - ergo, I made another one.

In true 'Ellis' fashion though, when I'd cut the floor, I discovered one of the bearers in JUST the wrong position to enable removal of 3 of the ballast blocks... after much buggering around trying to break a block with a crowbar and lump hammer.... THEN an angle grinder (which resulted in a boat full of concrete dust), I gave in and cut a bit more floor out!

The end result is a slightly larger than before base-plate store AND removal of about 160kg of ballast. 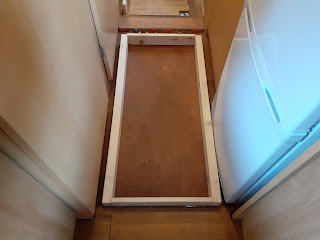 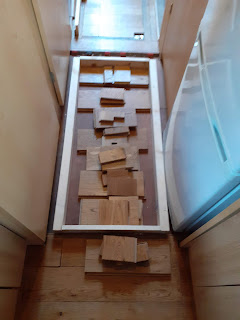 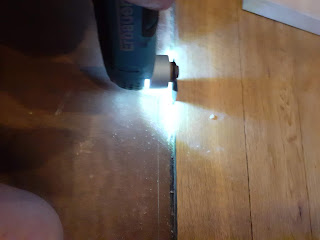 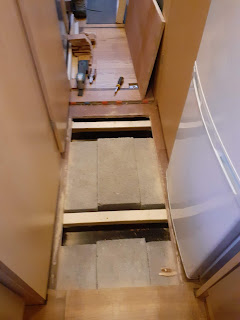 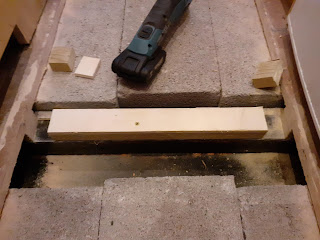 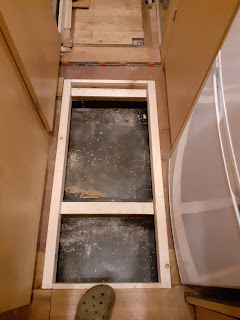 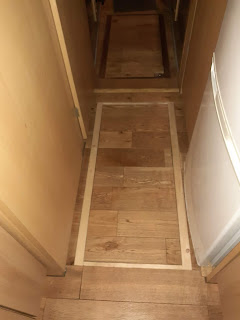 OF course the 'pull-handle' I bought when i did the other one is NOWHERE to be found on the boat... so I've just ordered another off ebay - having checked the size AFTER I 'd ordered it, I find the new one is smaller than the existing one - oh well... at least that means when the old one turns up somewhere (which it will when I'm looking for something else) I can cut a bit more wood out and then fit it to match lol.

Having done that, I needed a bit of a rest...  so a walk into town (it's circa 8 miles round trip - 9 if I call home to pick up post) found me with a free month trial gym membership.   I've never liked gym exercise but over the years it has been a necessary evil - more so when I worked in IT and didn't get much exercise at work... latterly, with the fairground stuff and then boating, I've managed to keep away.  This year, I didn't put on the weight I lost last winter so I'm already starting my "health kick" 2 stone lighter than last year... I'm gonna give it 1 month of reasonable effort and see if I can get to 11.5 stone ... which is a weight where my boobs don't bounce when I walk!

I WILL of course be paying particular attention to the #LegsEllis lol.  (that only makes sense if you follow the twitter feed)... and in truth, I only do it cause it gives me a chuckle... 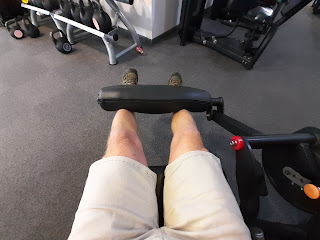 I do get 'odd' looks at folk in the gym when I shuffle in with my walking boots on (and keep them on) along with my floaty ball key ring... do  I care? - do I buggery!

Right - I'm off now ... the walk to the gym beckons and when I get back,  I intend to apply some more mirrored window film ... more about that later.