Following on from my energy audit the other day, I've been looking at solar panels for the boat.

As you may recall, (actually I'm not sure if I've covered this or not come to think of it) we had a 4kw system fitted to the bungalow last year. 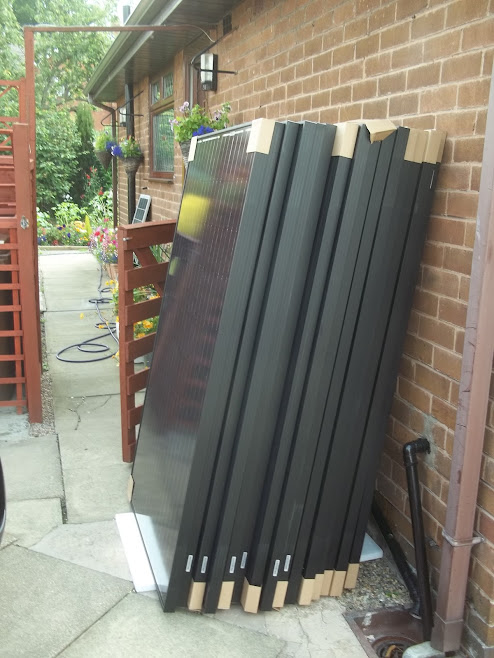 This has been quite useful to us, in that we've already learned how much... but more importantly, how LITTLE power you can get from them.  Now ok, when the sun is out, they work well... the salesmen (on the whole) told us that even in low light conditions they perform well.  Whilst that's NOT exactly an "un truth" it's a bit of artistic licence.

The last photo above, shows that on a bright but not sunny day they can produce just short of 1kw - ie 1/4 of their potential.  When the sun is out however, between about 11am and 4 pm, 'ours' CAN kick out the full 4kw,.. the rest of the time they do ok in bright light but on cloudy days, tend to hover about the 5-600 watt rate.    This is ok though, as a side from the hot tub, we're on "free" electric from about 8.30am - 4.pm through the winter and 7am - 8.30pm in summer time.  We set the washer to come on about noon, followed by the dishwasher for 2pm.  If one of us is home, you can get  another load of washing done for free and even  through the tumble dryer.  It takes a bit of organising the way you use power, but you CAN make good use of it.

Over the last 3 months of winter into early spring, our system generated 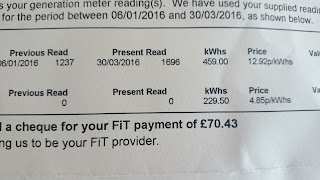 459 kwhs which is equivalent to 5.46 khws each day... which isn't brilliant but is better than nothing.
In winter, THAT's the approach you have to take with "SOLAR" - whether it be on a house OR a boat.

Our plan is to get as many panels on the roof as we can practically fit on... without them getting in the way.  The intention (for now) is to keep the panels to the front half of the boat - using the centre line as the cut off point.  I'd still like to be able to either walk down the middle or either side of the panels.  This means finding 'thin' ones.  Which is a bit of a pain as the better value ones, tend to be on the fatter side.  The ones on the house which kick out 265watt each are 1640 long by  x 992mm wide- a bit big really.

Assuming there will be 6m worth of space (length wise) available down the boat) we're thinking of various layout options:  2 lines of 2 of  these http://www.amazon.co.uk/ECO-WORTHY-Monocrystalline-Photovoltaic-Battery-Charging/dp/B00ZOOGVOQ?ie=UTF8&redirect=true&ref_=pe_2223501_126703161_em_1p_0_ti 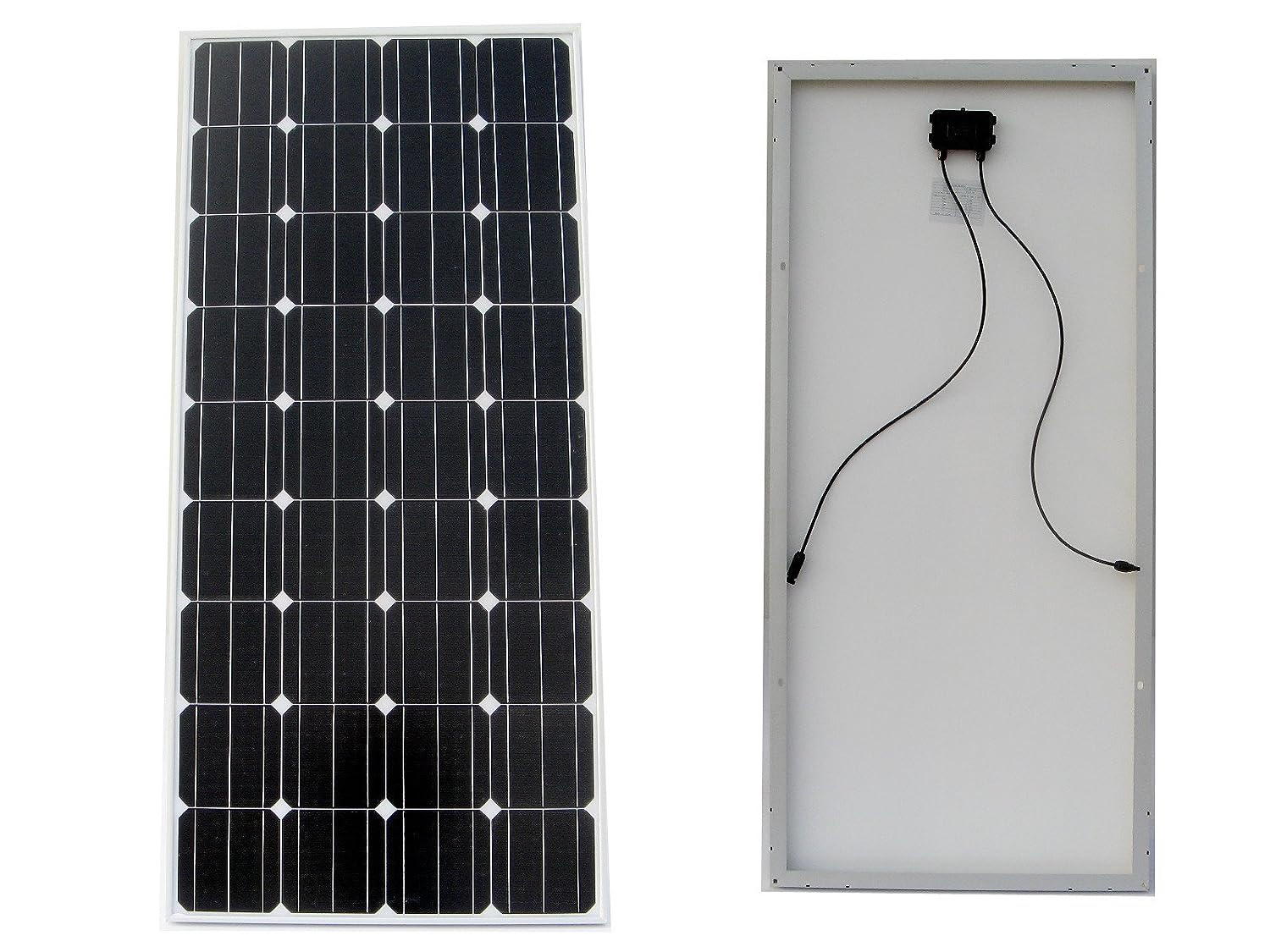 which would give 640watts.

They're quoted at being 668mm wide by 1455mm long which would give scope to have all 4 down the centre of the boat and STILL not encroach beyond the centre line instead of having 2 x 2 down side.

The advantage of having them down the side however is scalability - in that, if/when we find 4 of them producing 640 watts (max) is NOT enough, we can easily add 1 or 2 more each side, scaling up power production to potential  970 or  1280 watts respectively.

SO - we're on the look out for panels about this size which can be linked in series and connected to a MPPT solar charger - more about that later.

Meanwhile, the sun is out this morning and I've an appointment in the greenhouse with some seedlings to prick out.