On route to Nantwich and a family day trip...

Since our guests departed, we've caught up with laundry and cleaning and hung around in Wombourne for  a few days.  During this time, Andy's brother came to visit so we took he and their parents on a little chug along the canal.

We didn't have too much time, so a trip up and down Bratch locks was in order and then a chug downstream in order to turn around. 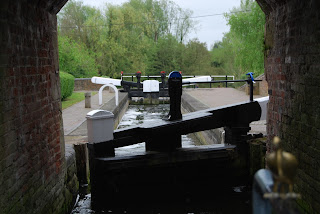 Andy caught his dad out with the ground paddle later on.... 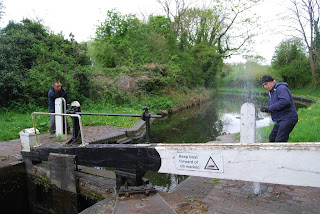 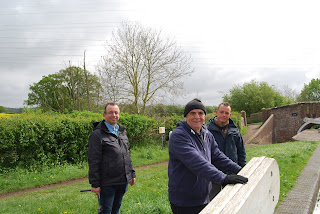 and then his brother as we went back down the Bratch. 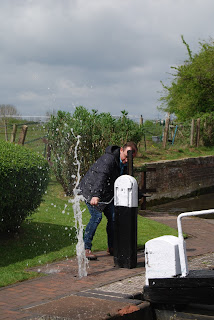 After a pub lunch we turned the boat and headed back up to Wombourne where our visitors left us and arranged to come pick us up the following morning for a trip to Ikea to replace some broken glasses - I'm not saying a word on how they got broken... NOT a word!

Having been to Ikea *other Swedish stores are available* - Actually, they're probably NOT, his folks took us to do a supermarket run where we got "heavy stuff" which is usually a pain to carry back to the boat.

Once stocked up, we had another pub lunch and (on them) and then returned to the boat - pulling ropes through and setting off on our trip to Nantwich.

Our plan was to cover as much ground as possible on Tuesday as the forecast for the rest of the week was/is decidedly ropey...

A cold start but it was a "knees out" kind of day when we chugged off. 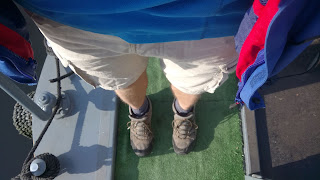 As we headed back up stream, I snapped a photo of WHY I hate mooring near/under trees... there doesn't always seem to be much "holding them down".... as is evidenced here. 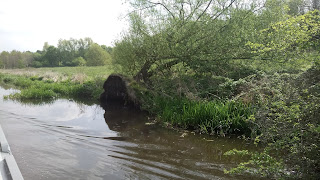 It turned out when we got talking to some other boaters further up, that the reason it had been quiet was because a tree HAD come down back VERY near where we'd moored with the ladies and blocked the canal!

Our  journey took us back up to Autherley Junction and then on to the Shroppie again - Through Brewood, Wheaton Aston and beyond... NOW on new territory, it was nice to see Alchemy again - no sign of life so we chugged on by, only to be hailed by Mike... SO an emergency stop and attempt to get in - we got as close as we could (about 6 foot) and I lept on to the bank... that ruddy shelf is a real pain. 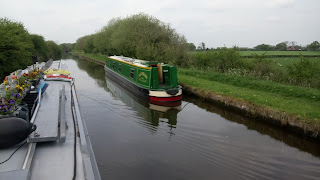 Having a little more time,  I had a natter with Mike and Andy with Christine before we realised time was ticking on - We left and carried on as far as Gnosall. 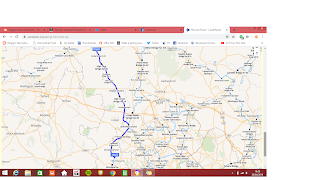