Where were we? - solid fuel stoves... or rather Multi fuel as planned for our boat.

As I've already said, we plan on installing ours in the centre of the boat - the idea being that heat will be more evenly spread throughout the boat.  The addition of one of these at ceiling (ish) level: 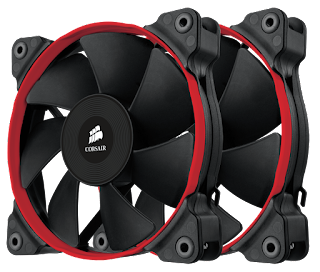 will provide a means of ducting really hot air from the lounge ceiling, down to floor level in the bathroom behind.    There are a few reasons for using a computer case fan:  1) they run on 12v so don't require the inverter to be on for them to work. 2) they're pretty much silent. 3) the current draw (power) is minimal so they don't drain your batter bank and 4) most will tolerate voltage fluctuations.

The wonders of ebay means the following collection of parts should soon be winging their way in our direction:


Once connected together, I hope the airflow will prove effective - I'll have a dry run in the garage before hand to test the system out.

I've mentioned the position of the stove in the boat - as close to centre was possible.  It's also going to be as close to port (left for you non-nautical types).  The reason for this is that some of the tunnels around the system are 2 way traffic and when you meet a boat coming in the opposite direction, you pass each other on the right... now given the "roof" of the tunnel slopes, by having your chimney on the left, it will be at the point with the highest available headroom - ergo, shouldn't get knocked off.

Of course, as many tunnels are one way / narrow, the chimney would no longer be at the point with the greatest head room.... As with many things, there is never the perfect solution but having the fire set to port will at least fit the interior design plan better but who knows, it's theory but it might work

BACK to "vents" - as annoying as drafts can be, stoves need an awful lot of oxygen and if you don't have enough fixed ventilation, you could find yourself DEAD thanks to our old enemy Carbon Monoxide! (see a previous post)

British Standard (BS8511:2010) - Code of practice for the installation of solid fuel heating and cooking applicance in small craft.

This tells you what you need to know - the simplified version is to ensure  you have 1" square for each Kilowatt of heat output divided between vents, high and low.  Looking at our plan, we'll have the fixed rear and front vents (in the front and rear doors) and a mushroom vent in the centre of the lounge.  We'll need to ensure there are gaps, equal to the ventilation sizes under /over the doors separating the dinette and kitchen, and bathroom/bedroom.    I think this will provide a "flow" and source for the fire.... hopefully without killing us this time. 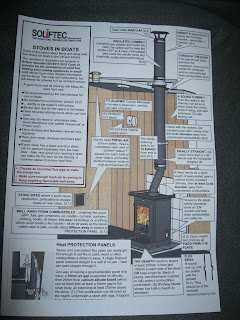 This is a quick snap of an easier working document from our "wall".

Part 3 (sorry about this) is to follow as it's Sunday morning now and we're heading out for an early morning walk down the old Barnsley and Dearne Canal - NOT restored yet, but hopefully one day it will be.