Apologies for the frequent absences of late...you'll remember I've been flat out at work - 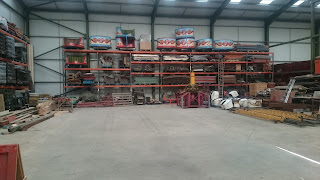 AS you can see however, the Chair-0-planes have finally gone.  The workshop seems enormous now.

It's been a hellish week, delivering and erecting the things down at Dreamland in Margate - without blowing my own trumpet, we've done a sterling job in the time available...  many 70+ hour weeks... 1 and a half stone in weight loss in my case and a few more wrinkles.

Here are  the photos I took as we were erecting it in the glorious Margate sunshine earlier this week. 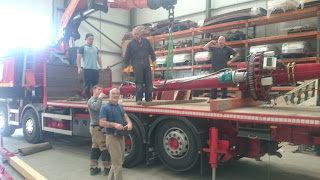 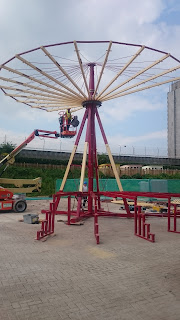 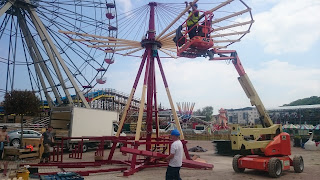 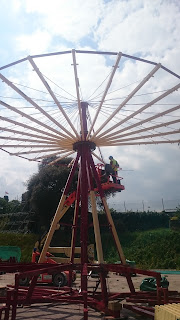 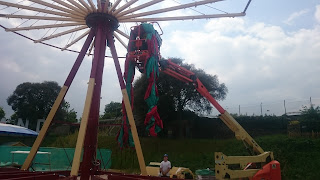 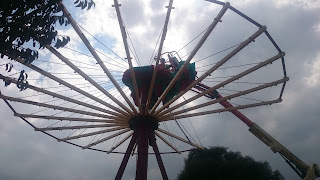 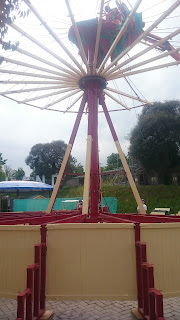 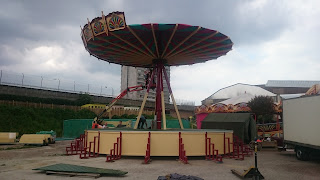 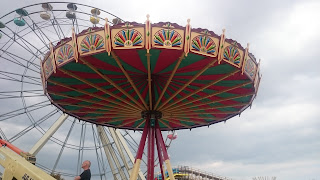 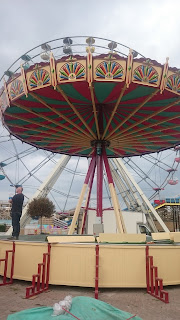 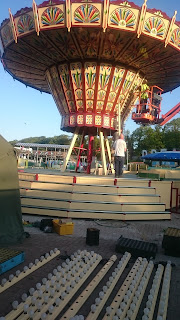 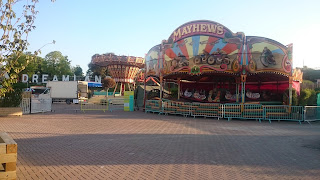 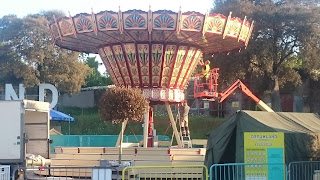 for whatever reason, I don't have the completed photos showing on my phone - so much for technology!

I'll have to check on the Dreamland website and see if they've put up any promotional stuff yet.

Good news too - the hostile Estonian is shortly heading back home - never to be employed again...  I'd have gotten rid of him a long time ago if we'd not been so up against the wire.

In more sad news, yesterday I was tasked with the job of sacking the apprentice.  He's been driving us all mad for the last couple of months  and despite TRYING to give him the benefit of the doubt... him being "young" and all, enough is enough.  Whilst you CAN train people to do specific jobs, I don't believe you can instil common sense or a work ethic.  We've been talking about getting rid of him for a few weeks now and up until this week, I've always tried to champion his cause... his lazy attitude this week down in Margate was the last straw - coupled with deciding to go home early yesterday whilst the lads were cleaning and tidying the workshop because 'there's nothing left to do' .

I must admit, I felt sick during the journey from the office to the workshop to give him his marching orders - in the end, I phrased things "nicely" and rather than crush him, I genuinely feel, I couldn't have done it better.

SO - he's gone now too.  Next week whilst I'm off, we have a work experience lad coming to get in the way  help out and also a friend of the boss who recently lost his job - he's mid 50s and has come in a few days last week to help out.   No word of a lie, he is a pleasure to have around - doesn't need telling to sweep up or empty a bin (nor does he moan about doing so) ... he just gets stuck in to anything required... our sort of chap!

Sorry this is nothing to do with boating - that said, we're off to see the boat builder this morning to finalise a few decisions and see if we can get a more definite delivery date.

I'll report back in due course.

NEXT week however, I'm taking back the Easter and May day bank holidays I worked through and a couple of extra days before we get stuck in to the next ride.    I've a fence/posts to replace between us and next door at some point and also need to do some decorating around the house ... so much for resting!

Until next time.
Posted by Quaysider at 04:20

Good on you Mark taking your BH back!
I ca see the satisfaction in your job mind! but still!
Dont worry about the none boaty stuff we're all interested (nosey) and like to see the background story the day to day stuff is a grind usually to those on the sharp end but to us looking in it sets out the stall so to speak.
Cheers
Ade.

In my phone I've got a load of photos of the next project and how it's progressing (work wise that is not boat I'm afraid)... but they won't be too far away now - delivery is still expected mid October... the year is galloping by!