You'll recall, on Sunday we set off on our last trip up the Calder & Hebble for this season.  Our guest (a solo Australian living in London) was supposed to arrive about 10am.

A little keen, I heard a "you hoo - Uhu?" a little after 8am!  Suffice to say, it was a frantic get dressed and appear ready moment lol.

She wasn't in the least concerned to find us sitting in our pants really - well, the fire was still hot from the night before and we might have partaken of a few libations on Saturday night... resulting in a late night finishing off the Crown on Netfilix. 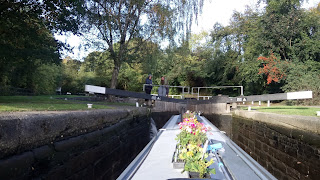 We spent our first night just above Millbank lock (which btw is leaking like buggary now) and then chugged on bright and early up Thornhill locks.  It was a lovely Autumn day - with sunny spells and quite mild.

We had a little exploration of Mirfield - or rather the charity shops in Mirfield ...there are a few and they really are the nicest laid out, fresh smelling ones you could ever want to find - some even had Armani shirts in my (new fat) size.   I wasn't allowed to buy any though as the plan is (so I keep being told) I'll lose the blubber "soon" - hmm... I'm not so sure given how difficult it's proving this time.

During the night, the Wind got up and upon departure the following morning we had to crab our way down the cut towards Shepley Bridge lock - only to find some selfish pillock moored RIGHT on the lock landing.  HOW we didn't clonk into him can only be the result of the expertise of the Skipper ;-)

Once off the River, Vickie was happy to steer again - as usual, Andy's "auto grin" came into play . 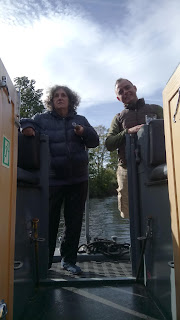 The wind really wasn't being kind though and if we hadn't of needed to be  somewhere, we'd have battened down the hatches and spent the day reading/watching Charlie Dimmock.

Anyway - by late afternoon, we'd arrived back in the town centre and moored up near Fall Ings.  A Little farther than we'd have liked - ESPECIALLY as Vickie insisted she'd take us out for tea in the Ruddy Duck. NOT sure what that says about our cooking but  never look a gift horse in the mouth!

The pub has been refurbished since we last went AND the 2 for 1 menu has been replaced with a sensible priced normal one.  It's certainly improved although it was rather too short of customers - perhaps  folk don't eat out on a Tuesday as much these days.

After dinner, we walked Vickie back to the Hotel her husband had been staying in and then returned to the boat.

The following morning, we headed off back down stream and towards our home mooring - settling in a little bit back from the water tap but connecting our long hose ups whilst we ran a few loads through the machine.

Whilst waiting for the washing to finish/tank to fill, we got to thinking about the mooring - given how little time we actually spend here now we're "hotel boating" it's a bit of a waste of money... Add to that, how annoying it is now Ramsden's swing bridge has been replaced with an ugly new one reinstated, we came to the decision to give it up and become full time Continuous Cruisers - NOT the sort what bridge hop and travel a couple of hundred yards a fortnight but PROPER ones.

As such, 2nd December will be our last day at Stanley Ferry - after which time we're going to have a jaunt towards Skipton (for Christmas) and then in the new year, head up the Huddersfield to go through Standedge and then gradually make our way (the long way)  back up the Trent to Wakey in time for our April booked departures.

The winter stoppage program is NOT easy to navigate around but we'll have a good go at it - if we can't manage plan a, we might have a trip to Sheffield instead - POINT is, that we're really excited about not being stuck in one place.  We also plan to get rid of the car - even though it's an old banger, it's still a pain to CC with... we found that our already earlier in the year when we brought it over to Parbold when my dad was ill - only to have one hell of a job getting trains back to collect it.

We've a few maintenance jobs to get done before we "chug off into the sunset" though - including waterproofing the side-hatches, buying some more paint to touch up with (it was a colour match to dominoes done by a local paint supplier) and of course stocking up on engine oil,filters etc whilst we still have easy access to our home-address. 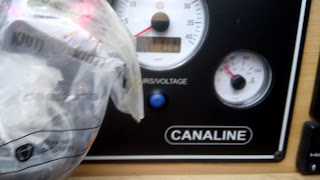 And having ran off the contents of pre-filter/water separator (if that's the right name), was VERY pleased to see lovely clean diesel with no water present too. 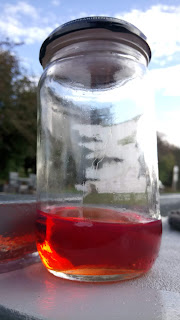 Right - time to get some more filters and oil ordered as we intend setting off to Leeds on the 10th in case the rivers get fruity and try to mess up our (already altered) Last cruise of the season...  thinking about that though, we may try and put in a few short trips from Leeds to Apperley Bridge during October/November if we get any interest.