Well here we are then - it's over for another year... barely noticed it.

When I sare "barely" I mean THANKS to not having to face driving into supermarket carparks or shopping during peak hours that is..  it IS very hard to get away from even still.

So then... since my last waffle on here, we've mooched around a fair bit and to be honest, I was looking forward to departing from Skipton - don't get me wrong, it really is a lovely place, it's just very difficult NOT to spend money every time we leave the boat... bars and shops keep featuring and as our funds are limited until later in the year, it needed to stop.

BEFORE that however, we had guests arriving for a Boxing day dinner.  We'd decided on roast pork and it was all going swimmingly well, everything cooking nicely until with very little warning I took ill with a sickie bug ... it did take the edge off things but I can only think I must of put my hands to my mouth after salting the pork before a thorough washing ... NOT like me at all as I'm usually obsessed with washing after touching raw meat.  Still, it didn't put too much of a dampener on proceedings but it DID Mean Andy had to step i and finish off dinner - I couldn't eat for 24 hours (although I managed to keep a couple of gins down ) and it was lovely having guests again.

Guests who are now friends and NOT just because they came armed with a '12 days of Christmas Gin set'... HOW well do folk know us now? 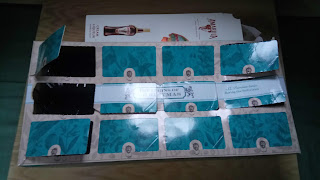 Once our guests departed, we hung around for another day as we were keeping an eye on a boat for some new boaty friends who'd gone to visit family for a couple of days - heading off before they were back wouldn't have been cricket.

Their returned timing was perfect though as for the first time in ages, the day we decided to leave, we'd encountered a long (well it seemed like long) night trying to ignore the exuberance of drunken youth on the tow path - twice.   We're really NOT miserable old gits but a group of drunken youths sitting on a bench, near your bedroom window for hours in the middle of the night can get a bit wearing.... at no time was their behavior threatening, it's just at my age (and after being poorly) I need my beauty sleep  - something that's hard to achieve when you're laying they listening for a drunk to fall into the canal and knowing you're gonna have to rescue them.

NO Matter - next day, once we'd filled up the water tank, we set off for Gargrave.  It was Andy's turn to skipper - actually it was probably mine but he was in a sulk about how hard the first swing bridge is to open so it was easier for ME to do it!

Before we left however there was just time for one more visit to the "Reverse Vending Machine" that Morrisons had been trialing for a few months...  we spotted it back in October and since then have been saving our plastic bottles rather than binning/recycling them as they award 100 "More points" for each bottle returned...  5000 of which turn into a £5.00 voucher - ergo, since October we'd accumalted 20 quids worth of plastics - not to sniffed at AND as good a reason as any to pick litter up as we womble around. 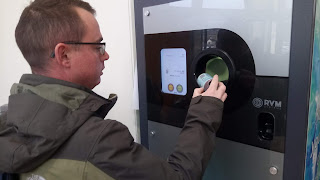 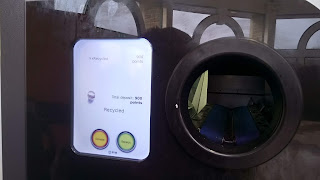 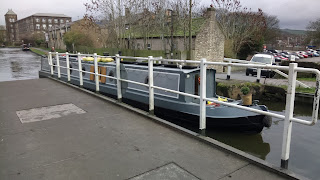 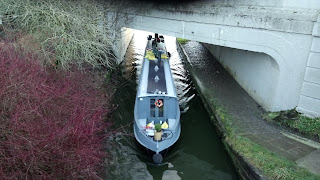 It did feel good to be moving again - we'd been tied up for 9 days I think... probably the longest we've stayed in one place - other than our home mooring that is.

We'd initially planned to stay at the bottom of Gargrave locks but decided to  go up the first couple and tie up near the services block.  IT did feel odd being the only boat up there - usually in the summer when we're there it's chocca.   On the plus side however, it did mean we could stay within hose-pipes reach of the water point and not block either the winding hole or the lock landing - RESULT.

Whilst there, we also - a rarity for us, made use of the shower... it's not actually listed as being there but it is,  is heated and works fine - it's one of those silly "posh" looking square rain heads  (so you can't give your 'up and unders' a proper rinse but it does the trick none the less.

As usual of late, Cabin fever (for me) soon set in so it was decreed we'd go for a nice long walk to get out in the day light for a few hours.  "Google" on my phone, led me to believe that Malham was only about 5 miles away so we packed a picnic and set off on the road - we could have gone cross country but given the mud, decided road walking would be easier....

Of course, my phone seemed to be reporting distances as the crow flies so what we thought would be at max a 10 mile return hike, turned into a 14.72 mile hike...  W'd HALF intended to walk up the cove but decided that would be a step TOO far - as it stood, we even contemplated stopping in a B & B for the night and walking back the next day! - HAD funds allowed in all truth, we probably would have done lol. 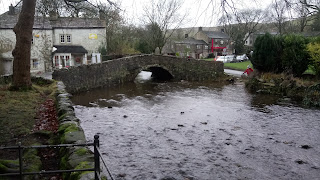 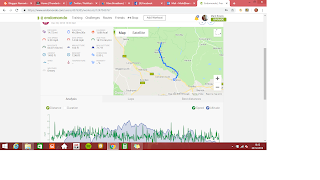 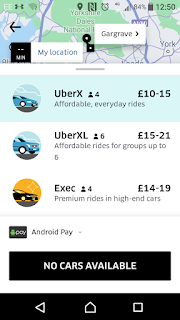 and my backup plan failed too...

Blisters a side, it was good for us to be out in the air and light (although admittedly it was a bit dank and miserable lighting) and never have we been so relieve to get back to the boat to soak our feet.

New Years Eve morning, we set off again and headed up through Bank Newton locks - during which it was time to take down the Xmas lights (which are now in the bin as they got trapped in shutters/doors etc) 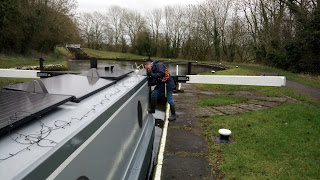 It was a colder day than the forecast had suggested but as we chugged along, the fire was certainly mult-tasking... cooking onion soup, baking spuds and proofing (proving?) bread. 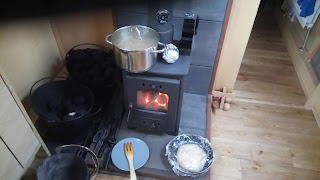 HAD the tatties been smaller, they'd have been in the ash pan but they wouldn't fit - AND as the fire was running quite hot, they'd have been burned to a cinder in with the coals.  As it happens, they cook just fine on top (so long as you turn them regularly) and after a few hours, give a steam baked spud with a caramelized skin - quite nice.

We moored for NYE, on the wiggly bit before you get to East Marton - nice and quiet... or rather it would have been were it not for the wind slamming us into the shelf quite a bit during the night.

Today, we're going to move on a short while and hopefully find a deeper bit with less concrete to clonk into... it's DRY January now so sleep is going to feel a bit harder to find as our bodies get used to the missing demon!

If you want to do more walks I can recommend the app ViewRanger. Thousands of walks and OS maps which can be downloaded to your phone and used offline. On offer at about £20 for the year at present and you get a free trial. We have used it lots on our trips.