Here we are then - day 5 of  sobriety...  it's over-rated.  A good thing to do of course - give the liver a rest for a month or so...  LAST year, Andy managed it until about August ...  I gave in around mid February. THIS year however, as I'm still taking the Duloxetine (which really doesn't seem to go well with alcohol anyway) I intend to do better - time will tell !

Boaters DO seem to drink a lot - not all  of us I'm sure but a lot of us.  Perhaps it's as a result of many of them not having to drive a car... although being in charge of a boat whilst being "incapable through alcohol" isn't really allowed and from what I've been reading on our insurance  policy, a definite no-no.

THAT said, there are many people who "skipper" much better with a drink inside them - I certainly know from our hiring days my "parking" -  sorry, 'MOORING' goes better when I'm not so up-tight but I'm practising sober these days and it's getting slightly better.

Speaking (well writing)  of practise - On New Years Day we had a little run down to empty the cassette and take some rubbish to the bin store and as it was such a lovely calm day, I managed to talk Andy into having a go a turning (winding) the boat.  He was a little reluctant and had me on standby to take over should disaster appear, but I have to say it was faultless, controlled and perfectly executed... if only all MY turns were like that!

Progress this week has been slow again - mainly because work is SO all consuming... I've still been calling in at the boat on route home every night, but mostly to top the batteries up as the fridge/freezer is now on full time and even when not there, I'm running the heating a few hours twice a day to prevent the pipes freezing up.  It seems to be doing the trick (famous last words) and at least keeps the boat usable rather than having to winterize it.

The result of this however being that we've been getting through a fair bit of diesel AND power...

The local boat yard sells it at 92p a litre with 100% declaration.  Being used to the price of road diesel, at first that didn't seem too bad.  HOWEVER, as invariably happens when talking to other boaters, it transpired that a few miles up the road (by car) is a garage selling red diesel at only 64.9p a litre... QUITE a saving - especially when you're buying 100+ litres at a time.

So with this thought in mind, I detoured on my route home from work and went to fill 3 jerry cans.

BEING MR organised, I'd already thought about how to get it out of the can and into the fuel tank ... I thought I'd been clever ordering this from Ebay: 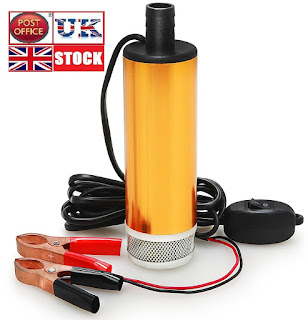 Alas, I hadn't looked at the photo - just reading the flow rate etc...  and of course when I opened the box, discovered it would have to be in the bottom of a bucket in order to be used.  NOT what I had in mind...

SO  I got out a bit of tubing and tried to siphon it.  This worked ok (ish) but the bore of the pipe I had meant it rather slow - I know from previous experience trying to pour from jerry can tends to mean a good glug of fuel ends up in the canal... NOT something I really want to be doing so I persevered.

It wasn't until I was nearing the end of the 3rd can when Mark from a few boats behind offered to lend me a funnel when I remembered I ALSO bought a funnel for said task!  DOH!!!

In other shopping news, we bought a sound bar to give the TV a boost - the built in speakers being rather tinny.    This was the thing I bought - noting it had a usb connection to power it (and the TV has one too so jobs a good un) 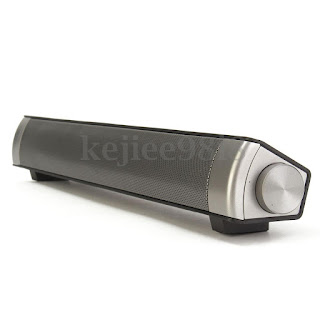 All was not well when we tried it out however - at first, the sound was fine but after a few moments use, it begins to buzz.

It wasn't until I caught my foot on the dangling cable - thus pulling out the usb connection I discovered it's got a built in power pack (so it stayed working) and the sound was perfect... it appears that once it's up to charge, it buzzes so the solution is to use it from the battery pack until it needs charging.  WHY it couldn't say that on the box is beyond me.

Have you seen this site that gives diesel prices, the info is only as good as what boaters feed back to it. http://diesel.fibrefactory.co.uk/

thanks for that ... I had it bookmarked on my laptop before it died and forgot all about it. Cheers!