The two are NOT strictly connected.

So then - since my last missive, embarked on our next leg of the journey with a new guest onboard... a charming lady from New Zealand.  AS usual the UK train network did it's best to bugger things up and the poor girl missed her connections (like we did the other day) and ended up arriving later than planned.

NOT the end of the world it just meant a bit of a later day boating to get to where we planned on being.

Once safely on board and a quick celebratory drink downed sipped, we set off up the Barrowford Locks.  We'd spent 24 hours in Burnley (Nelson) near the Asda and were quite surprised how quite (apart from a blooming howling gale) the spot had been.... we'll certainly stay there again.

Once up Barrowford locks, we chugged through Foulridge tunnel and then went down Greenberfield locks before retiring for the night. 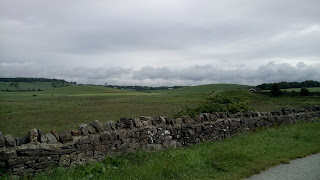 The weather has changed now and we've been having intermittent showers and gales - typical British summer I suppose but not the most pleasant boating weather... hey ho.

It must have been Saturday night when we arrived in Gargrave and moored up for the night in the main pound.... a pound that is forever dropping during the night... SO much so, that by morning I had to get up early and push the boat away from the side to correct a rather nasty kilter.  Even that wasn't enough so in the end I decided to walk up to Anchor lock and run some water down to top it up....  an idea which proved very welcome to some hire boaters who were nearly on their sides - not knowing what to do about it.  As I was doing this, the lockie from the Bank Newton flight appeared and said thank you ... he's a smashing chap - Talk about the right person for the job - Richard I think he's called.. in fact, when I've finished here, I must send crt a email complimenting his work ethic. 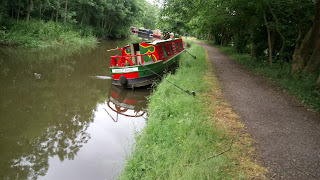 We went for a lovely wander around Gargrave on Sunday morning and found the stepping stones across the river we'd not seen before.  PRIOR to that on Saturday night we'd Tried going out for tea only to find every pub chocked and not a chance of eating... even the Indian was too busy.  Not to worry... we muddled something together on board and had a few drinks followed bv a  game of Rummikub (again)... I'm SURE Andy's addicted. 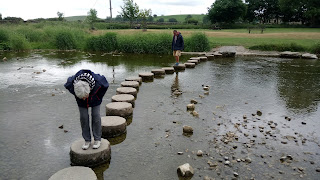 The following day, we chugged along and tied up for a couple of nights in Skipton - partly so we could explore the town a bit more and also to meet up with our friends Sally and Lee (think back to Wine Wednesdays) who were stopping off on route back from their wedding in Gretna Green.

We ended the night in the Black Horse in the town centre, watching the football would you believe - TALK a bout namby pamy players... I don't watch the game as a rule and was amazed at how much time is wasted when over paid softies pretend to be hurt.  They should try misfooting and falling between the boat and a canal bank some time... 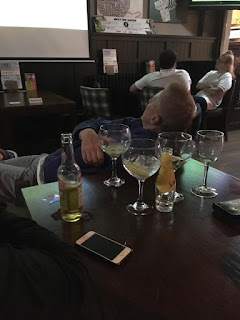 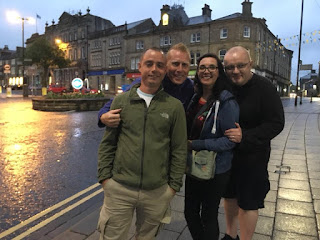 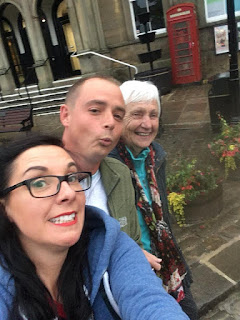 Today, we've chugged on to Keighley (well Riddlesden) in preparation for going down Bingley 5 and 3 tomorrow.

I discovered that Richard may well be a relative of mine when we went through a couple of years ago. My mothers family from Pontefract and Bradford. We ended up chatting so much that the light had just about gone before we reached the top of the flight.
On our first hire boat together we got caught out in a pound a little bit higher than Gargrave, sitting at a jaunty angle in the morning. A Lockie had us floating again in an hour or so.
Hope your foot's recovering.
Pip