Stiches out... a Trip out with friends and a baby Tiggy Winkle...

Sorry I've been a bit remiss of late... no real reason other than every time I sat down to write something, something else happened or someone else turned up and I forgot.

Last Thursday I went to the docs to have the stitches removed from my hand... AS usual, I was a big brave boy and barely winced (lied the fire-engine blonde warrior)... it bled a little but soon stopped and whilst there is no reason to keep a dressing pad on it now, I'm trying to do so as I keep knocking it and it hurts.

There's no pain as such from the hand but nor is there any coordination or strength in either my fingers of thumbs - it's a bit of a pain as being a left-handed, I 'm still instinctively reaching out with the useless hand and dropping/braking things or hurting myself.  Still, it's only been 2 and  half weeks and despite being on "gardening leave" I'm still signed off sick for another 4 weeks anyways.... supposedly if I did an office job I could be back in a fortnight - which is a bit silly really given that typing just this, is actually hurting... hey ho.

SO - What's been happening then?  Well,  Brynn is still visiting daily for his doggy treats in exchange for a play with whatever toy he happens to be taking for walk... 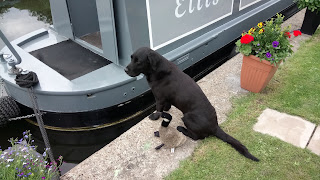 I've fitted another usb and cigeratte type power socket in the dinnette... 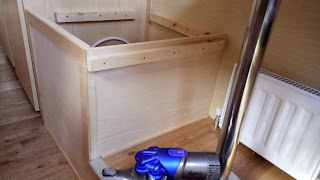 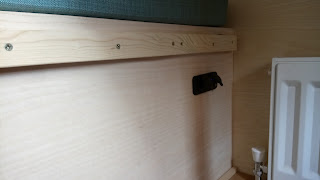 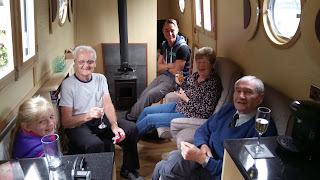 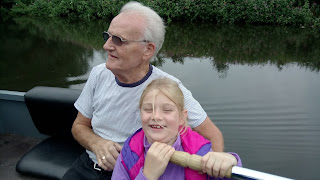 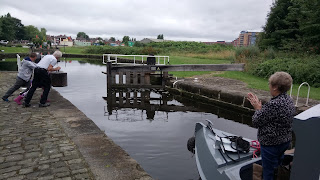 It was a nice day and although not beautifully sunny, was still t-shirt day.  It was everyone' s first time on a narroboat and Ruby (she's Terry and Shelias Granddaughter, took to steering the boat like a duck to water... She loved seeing all the herons on the river as we headed up towards the pub.

On Sunday,we agreed the boat was looking a bit scruffy and (using my temporary exception certificate) I re-graded roof cleaning as a light blue job... ergo, Andy washed the roof and sides down. 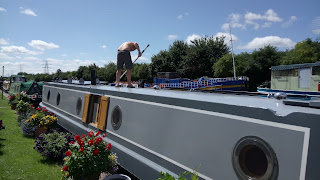 I did help out by connecting up the submersible mains powered pump and hosepipe attacheent so he could rinse with canal water... we're quite lucky in that as we're fed from the river, most of the time. it's actually quite clean.

In the end though, it still needed a flush down with potable water so a couple of buckets fisnished the job.

Afterwards of course we neeeded water so a trip to the water point was in order which is where we encounted a baby hedehog... clearly a bit out of synch with his/her body clock. 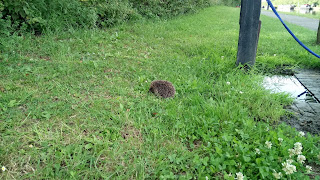 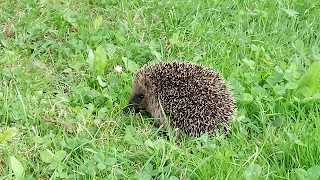