I have to admit, I'm not a fan of this January...  most years it comes and goes but this year it seems to be lingering a bit too long.... PROBABLY because it keeps being windy and rainy.  Rain I can cope with - ideally coming straight down but the two together are a pain as the external side hatches HAVE to be closed or it comes in through the glazed inner sections.  The alternative would be to put a piece of perspex over the OUT side of the glazed sections but that would be a faff to attach without making more holes in the wooden framework - It did occur to use self adhesive magnets of some sort of another but I suspect the wind would rip off the perspex and it'd be floating off down the cut somewhere.  SO when it's windy and rainy together, it's just porthole light and I have to admit it' can get a bit gloomy indoors.

There's not much going on right now on the boat - I think we're ready for the non-private bss which is booked for next week... another £180 to "tick a box" for crt but there's no point in sulking about it... it HAS to be done to be legal yada yada.    MORE box ticking too wth the dwp as yesterday I had to attend a business planning and marketing workshop.... although that was actually far more enjoyable than I'd expected - helped mostly by having the best mentor you could ever want running the group.  It was good to chat with other people in the same boat (not a boaty boat if you follow) and learn how they plan to get their businesses up and running.

STILL no luck re-homing the cats despite trying every person I come into contact with.  It's looking like they'll be having a LONG stay in the cattery (at considerable expense) when we set sail in April poor things... can't think of what else to do with them as what with George still hating the boat and Sox wandering off any chance she gets, it just won't work with guests on board :-(

We've made it from Sunday to today without filling with water and that's included a few loads of washing and 2 daily showers... along with the usual cleaning, washing up and toilet flushing.  The tank has gone "boom" now so today, despite the wind, we'll have to go fill up. ...WRITING of filling up, I topped up the diesel yesterday and it took 60 litres to fill... engine hours since last top up were 45 but the Webasto has been running a couple of hours a day so from my best guess precise calculations reckon it's using about a litre an hour which is fine.  HOWEVER, during the crouching tiger hidden dragon manoeuvre required crouching procedure, I split my BESTEST most favourite shorts from r sole to breakfast time.  MOST undignified - especially as at the time I was chatting with a dog walker.  To spare her blushes I had to retreat in reverse.  ... I'm still mourning their loss as there's just no way I can repair them :-( 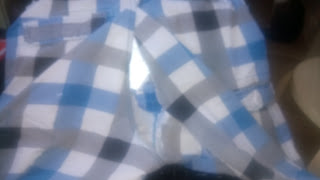 I mentioned in the post title "Senior moments" - that's understating it a bit to be honest as it's not been a moment...more like 4 days!  - I'll explain....  I've been feeling tired this week...mostly on a morning and rather than having an afternoon power nap (which I heartily recommend btw) I've almost been dropping off about 10 am... NOT good or like my usual "up with the lark self". ... I've found out why now - EVERY day when I get up, I take my pills and this morning when I took them actually LOOKED at my blood pressure blister pack that I've been popping out of all week, I noticed it WASN'T Losarton but piriton - you see, for whatever reason, the chemist that my prescriptions are sent to have changed brands and the new one is almost incidental to a blister of piriton.  ERGO, in the pill drawer with bleary eyes they look the same.

NO harm done I think - (well I haven't exploded anyway) and at least today I hopefully won't be feeling drowsy as a result of antihistamines.   Silly bugger.

Right - off to do chores now ... the washer has just finished spinning so it's back to Chinese laundry time again...actually - I think as I'm going to the water point, I may put the tumble dryer on as a treat.
I know how to live.