Chrome polish and an underpant cupboard...

Well it doesn't HAVE to be an underpants cupboard but given guest hanging space is only about 18 inches of wardrobe, I finally decided the time had come to make a corner cupboard by the front doors.

Originally that area was supposed to house the tumble drier but it didn't fit what with the tapering of the bow.  Since that was abandoned, we'd made do with a couple of little storage units... they've done the job of storing underwear but when folk are with us, they'd have to be move into the crew quarters - (the undies not guests) .

On  Thursday,  got a call from the timber merchants to say my wood had arrived and whist on the phone with them, I asked if they'd pre-cut it into 4x2ft pieces for me... it's SO much easier to work with lumps of that size in a small space than 8x4 sheets.

Andy had made requests for a triangular shaped unit but given I sold my chop-saw when the bungalow rented out, that would have been a faff to get the angle right on.  I know I could have left gaps and then used edging strip to finish off but I wanted something "simple" (like me)...

The end result is not too bad, although I did mess up the first door when cutting the whole in it for the handle - having tidying up (hmmf) I couldn't find my 51 mm hole saw so I used the next size up - knowing it would be close but it turned out to be too big.  I ditched the first attempt and made another one.

It needs a bit of Morrels applying but it'll do the job nicely. 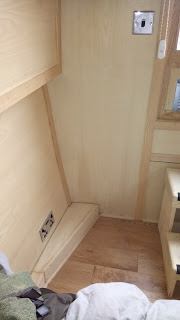 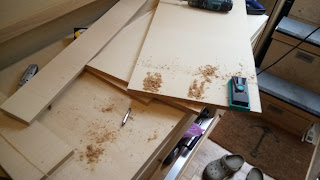 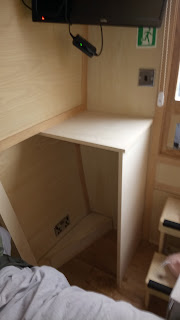 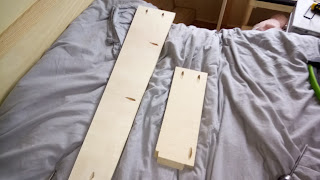 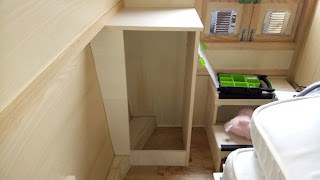 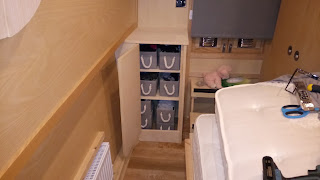 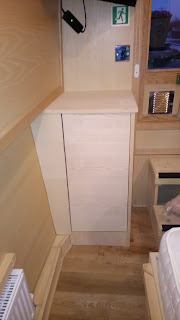 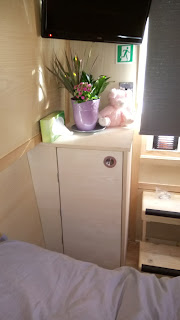 Before I began this however, whilst searching aimlessly  trying to locate aforementioned hole-saw, I found a tube of Chrome polish Andy bought when we FIRST got the boat - unopened of course and he tried it out... 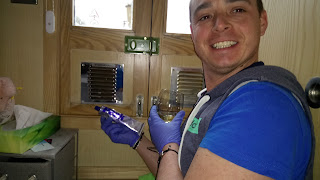 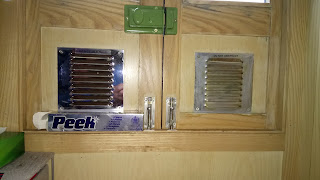 The wine helped apparently...  JUST all the others to do AND the mushrooms on the roof  - If I've not painted them grey first that is.

That said, touching up paintwork/blacking is on hold again as this morning we awoke to another 4 inch of fresh snow.  It's melted a bit now but the temperature is dropping once more so I suspect we'll be stuck with it for a few days. 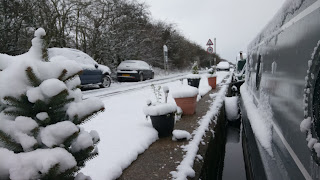 If by any chance it is dry enough tomorrow, I'm going to use the remaining wood to have another go at the TV/computer cabinet in the saloon - I've never liked it since I cobbled it together...  IF it's wet, I'll carry on with little jobs like fitting pull handles to front and back doors and maybe swap those recently made shelves out in the galley.