Man over board , A welcome Trend and more au revoirs...

Well it's been a busy few days.

Time is short this morning so I'm afraid it'll be a bullet point day - well it would be if I could find the little things in the blogging software.

Walking back from the pub the other night, we got chatting with some new boaters - they've got a lovely new Aintree fat bottomed girl wide-beam  with a paint job to die for.  Whilst standing there (admittedly having had a few) we noticed our neighbours returning from the water point slowing down to wait for an on-coming boat to pass their mooring....  ignoring them somewhat, we carried on chatting as you do.

Everything then sort of happened quickly in slow motion if you follow.  All of a sudden, their boat was wedged sideways (another wide-beam as it happens) acrross the canal between 2 other boats (also wide-beams)...  The woman on the boat was shouting for help and we couldn't see the chap... (I'm not using names here on purpose) - tuns out he'd slipped off the gunwale whilst trying to breast up to another boat to await the passing of the one coming down the cut.  Unfortunately,  his good lady is not experienced at all (and may have had a couple of drinks ) and had no idea how to get the boat out of it's predicament.

BEING a super hero, I leapt (leaped?) into action - climbing over the roof of the boat this side... tip-towing over their blooming awkward cratch cover and took over control of their boat... WHILST this was going on, another boater on the opposite side was trying to help the chap out of the water - it's about 6 ft deep at the edges here so NOT an easy job... especially as the chap (in the water) already HAD a bad shoulder and in the process of falling in had dislocated his GOOD shoulder... which in the end HAD to be the one he was pulled out by.  OUCH.

Anyway - I carried on up the canal with his girlfriend, dog and boat to their home-mooring and then did my best bit of parking SORRY, mooring ever in what is quite a tight space - especially given it was my first time at the helm of a fatty.

Shortly after, the soggy wet chap walked up clutching his shoulder and thanked me for rescuing his boat - I apologised for not pulling him out but said that I figured he(like me) would probably be more concerned about the boat  than being in the water.  I was right.

OF course we've not got any photos of this  as when acting on auto-pilot one tends to forget all about social media...  that's a good thing I think.

The next day, his girlfriend knocked on the hatch with a lovely bottle as a thank you. 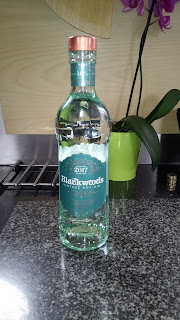 AND as yet, it's not been opened either.

The next night, we met up with Tony, Vicky and their newly driving son Oli (never sure if that should be Olli or Olly) for a goodbye tea in the pub.  It was VERY busy and it took an absolute age to get served both drinks and food - I just found out this morning from a new chef who's working there, they had a party of 40 in at that time which they were trying to get eating at the same time so no wonder. 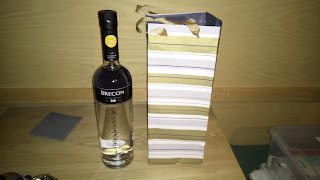 This certainly is a trend we appreciate and approve of.  Long may it continue lol.

Anyways - we said our goodbyes and I must have been a bit squify as despite being a non-huggy/touchy person, I actually volunteered hugs all round - poor Oli (Olly Olli)... lol

We'll not see them again until early July when we return from Liverpool and will miss them.

TODAY we're all set for our "grand depart"- of course it's raining cats and dogs AND the river is already looking angry - which means that when we DO sett off later, we'll only be able to get as far as Woodnock and will have to wait there... probably until morning by the looks of things to be able to get on the Calder and then Aire.  At least WHEN we eventually get to Leeds, that will be an end to river dependant sections for a couple of months.

That is one reason why when we bought our boat, (all those years ago now!), we both insisted that both of us would learn how to handle the boat, moor the boat and single hand the boat. Just in case something like this happened.

It is so important that there is someone else able to safely take the helm.

Perhaps this lady will now realise that she needs to learn how to handle the boat.

Well done for getting them back in one piece.