The CRT plates arrived in the post on Thursday so the boat officially exists now: 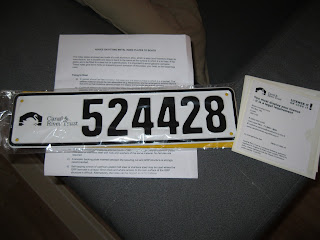 We've not done much boat related other than buy a few more things - a space saving pan set was Andy's idea and this has gone in the attic with all the rest of the gear. 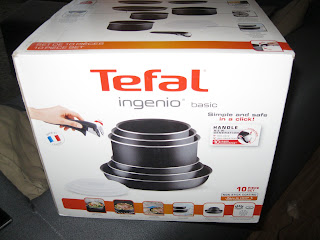 I breifly attempted to splice a rope on to the anchor chain following some instructions... for all the use THEY were.  They reminded me of those on the back of a REAL dickie bow tie... step 1 and 2 easy....  step 3 a little vague and step 4, Tah dah!...  ie,  NOT a chance.  I'll have to "you-tube" it!

It's been  bit of a manic week again though.  I don't know if I'm coming, going or have been and gone at work...  and on Thursday the rest of the windows and front door arrived.

As you might imagine, it was raining when we got home from work but not deterred, we decided to fit a bedroom one anyway (as any sane window fitting person WOULD do)...

It wasn't so bad and has gone from this: 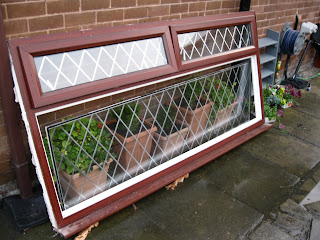 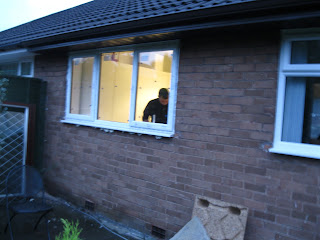 The plan HAD been to start on the bathroom one on Satruday morning, moving on to the big lounge window and then the kitchen and door.  On Friday when I got in from work, I decided to make a head start and did the bathroom on my own.  It went well enough but I did end up breaking a tile AND falling out of the attic, catching a belt loop of my shorts on the loft hatch - 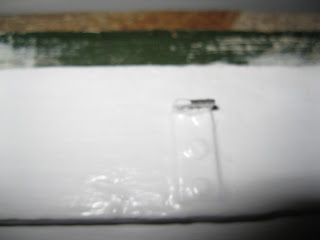 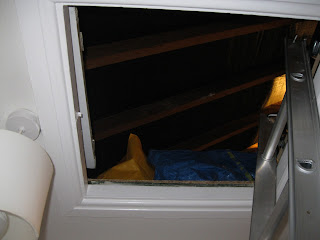 It may look flimsly but I can vouch it can hold the weight of a 44 year old ginger - leaving me dangling by my pants in the air... it took a fair amount of scrabbling about to get sorted out.  *note to self ... do NOT bugger around in the attic looking for tiles when Andy is out at work*...

No matter, it's done now: 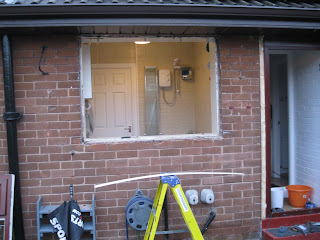 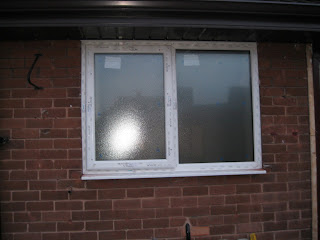 The lounge window WAS a pig - it's just too big at 302cms wide by 140 cm high... it weighed a ton and how we didn't smash the old one taking it out is anyone's guess 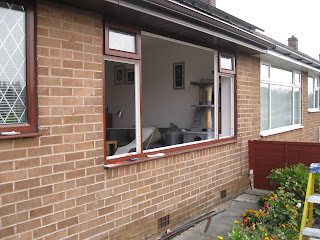 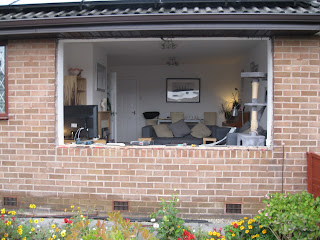 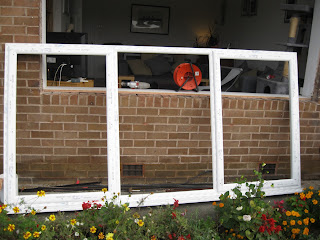 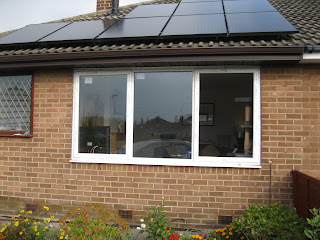 It was quite a relief to get on to the kitchen one which was much easier... as was the door. 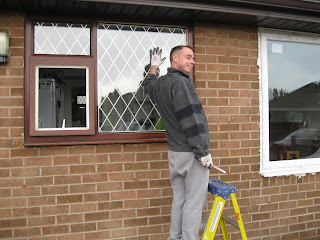 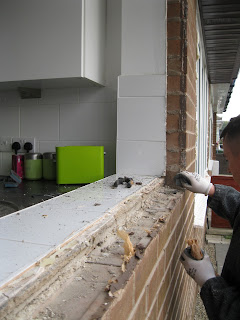 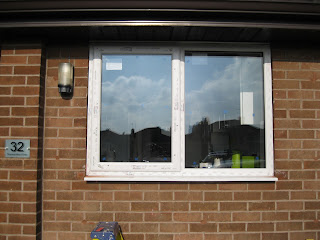 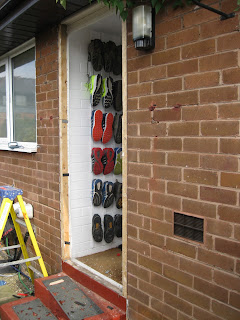 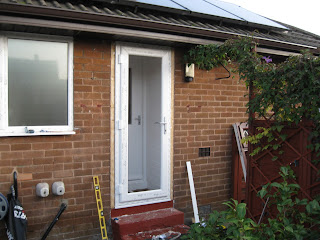 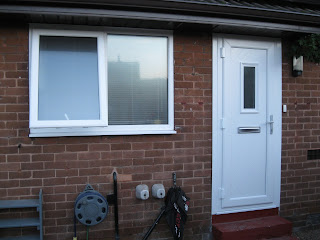 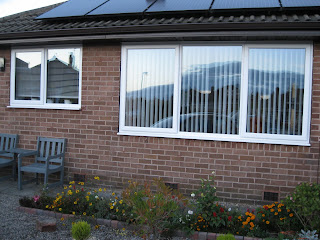 As you might imagine, I've spent today tidying up inside with upvc strips and applying frame sealant to the outside.  It's been a very tiring weekend but it's done now and we're both very pleased with the result AND the money saved.

If you need windows and can't afford them (like us) then it's NOT that difficult to do them yourself... and we saved an awful lot of money!