Yesterday afternoon, we went over to see the boat for the final time before delivery - which is still scheduled for Thursday (at some point)... I hope it's not too early as we have an appointment at the solicitors to sign our wills off at 9.30am.

It'd been 2 weeks since we last took a look and I was half expecting quite a lot of outstanding work to be done.... and whilst yes, there IS plenty, seeing it yesterday, we can actually see it happening now.  Paul continues to work on it whenever he can and now Mike is giving him a lift with the side glazing and doors - they were in the boat next door when we arrived ... the varnish drying.

Anyway, here are the last set of photos ... the next ones will be "at home". 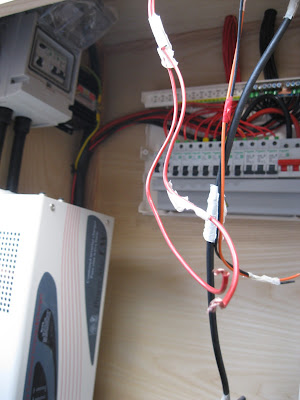 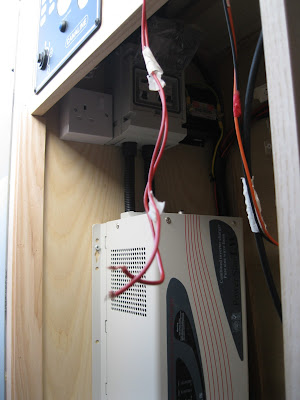 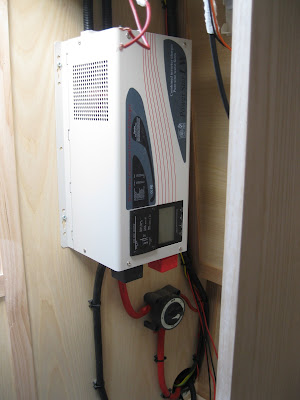 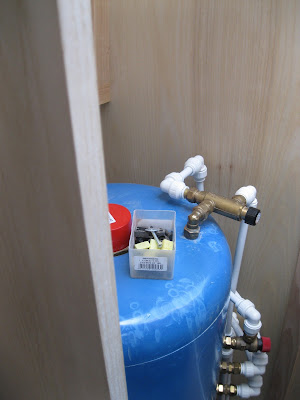 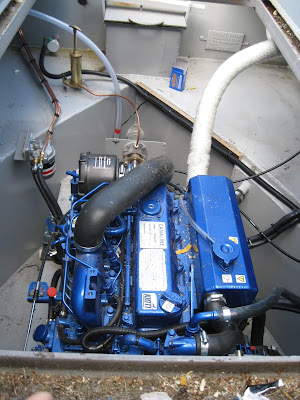 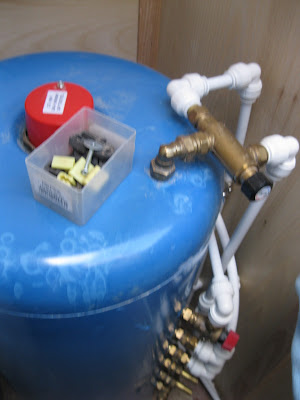 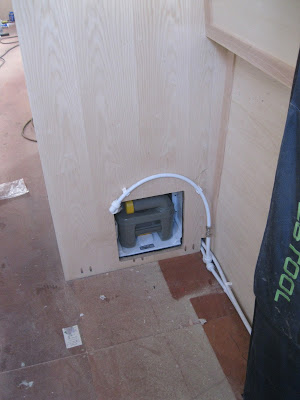 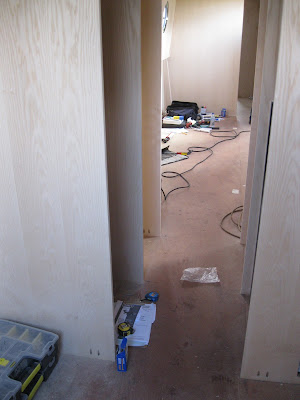 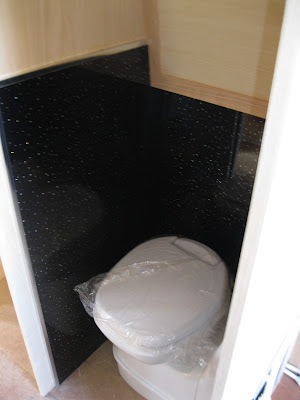 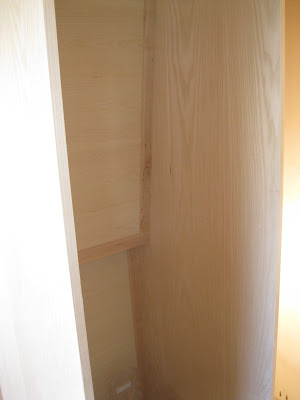 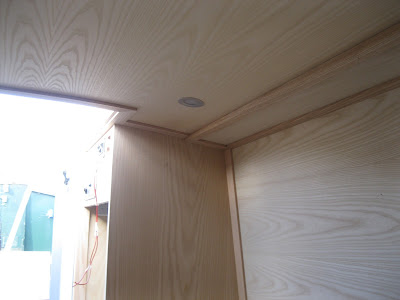 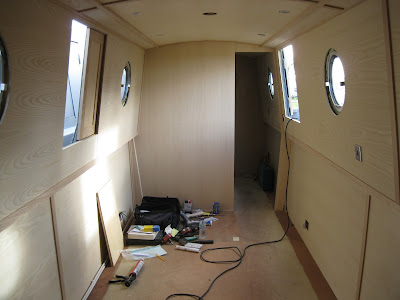 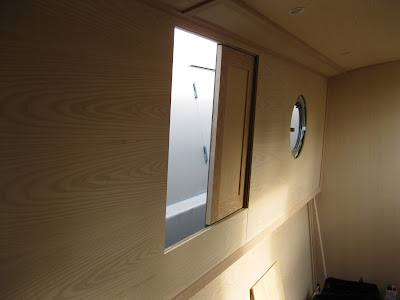 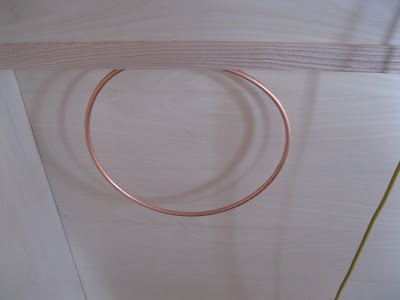 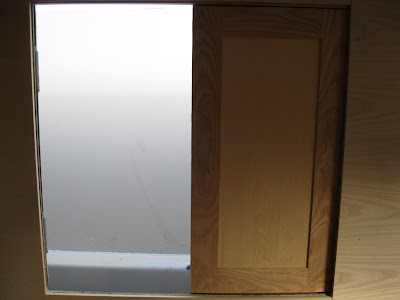 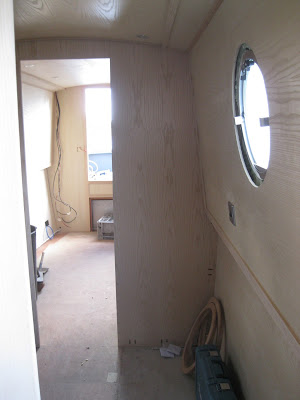 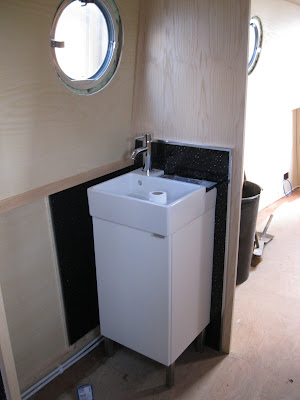 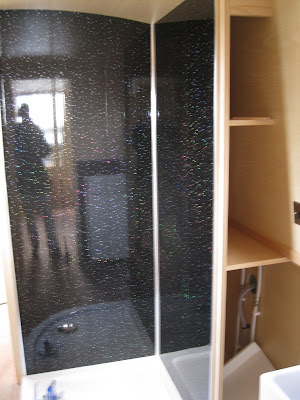 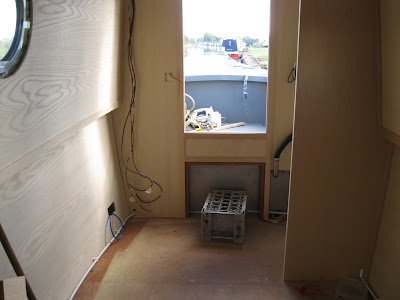 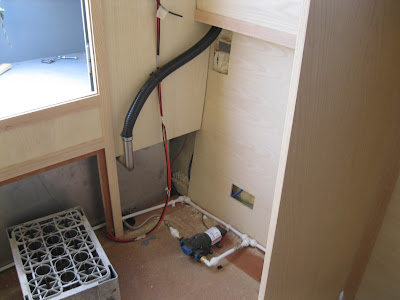 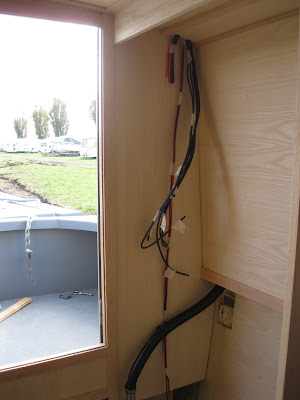 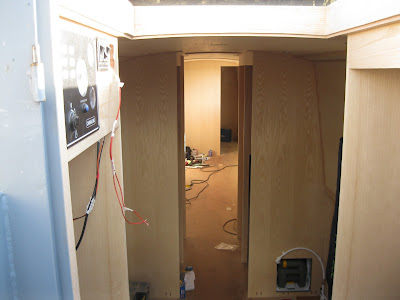 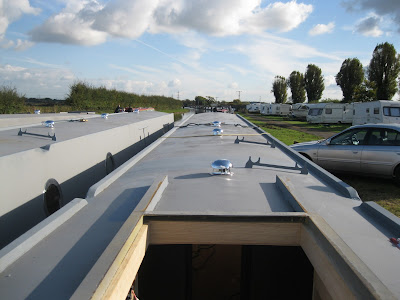 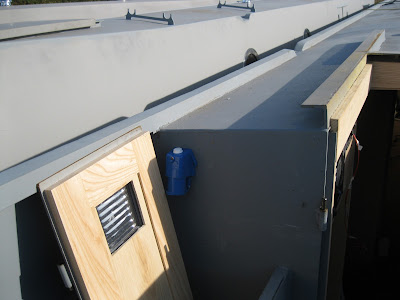 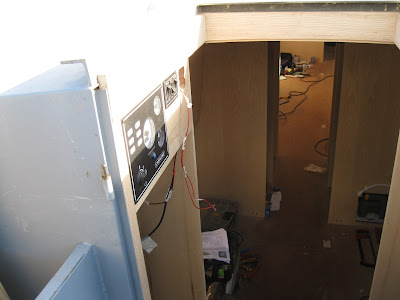 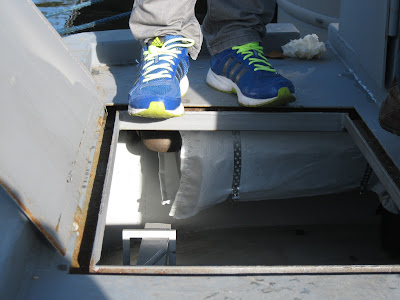 Apologies to anyone on a slow mobile connection if these have taken an age to load.

We're quite pleased with how the 2nd toilet has turned out - we were a little concerned it would look like a  loo in a cupboard (which of course it is) but by having the black sparkly splash back (awful thought) all around it, it's given it a purpose... AND will make it less awkward for guests on board if someone is in the shower etc.  The real reason for having a 2nd cassette loo of course is for WHEN the macerator breaks or gets blocked we're not left with our legs crossed.

Whilst we were stood (standing?) by the boat talking with Paul, the boss man came over with a couple who were thinking about placing an order to show them around our boat.  The woman (nice enough on the surface) was overheard making disparaging remarks about our layout - the cheek of her... it's OUR boat and she can keep her opinions to herself lol.  Seriously though, whilst it might not appeal to everyone, when it (eventually) comes to re-sale it can easily be turned from a 4 berth to a 6 +2 by the addition of pipe-cots in the dinette and perhaps a sofa bed in the lounge... who'll be laughing then madam eh?

It feels strange that in a few days, we'll have no money in the bank and a boat in our possession.  To say I am not sleeping would be an understatement...  this morning I gave up at 4am and began doing lists of things to do in order so we make the most of our upcoming week off work.

The priority is STILL to get the heating system plumbed in - with radiators and fin rads attached to the walls/floors etc. but before we begin that, Friday morning we'll be applying the first of 3 coats of the morrells 10% sheen lacquer.  I know most people prefer a more shiny (shinier?) finish but I've never been a fan of varnished wood.  I much prefer to "feel" the grain .  Paul was suggesting yesterday however that for the lining on the front and rear doors we wipe it down weekly with a light Danish oil to protect against blistering from rain spots.  Thinking about it, that makes perfect sense as every boat we've hired has shown signs of this so it will be good if we can manage to avoid it.

Shortly, I'm going to watch ANOTHER rope splicing video and make YET another attempt at that ruddy anchor chain!

Wow... you can see the progress!

Looking good! Especially the bathroom sink. It's the same as ours. Not long now. I bet you can't wait to get started?

Be prepared for a long slog. Everything takes much longer than you think. I was talking to a guy a few boats down from us who is a joiner. He had been doing his refurbishment for the best part of 18 months. We were in agreement that the lack of space makes everything difficult. Word of advice is organise you tools and materials in boxes before you start otherwise you spend most of your time moving things around.

I have to admit, I AM a messy worker ... usually having every tool I have "somewhere" around where I'm working... it usually works out ok - until Andy "tidies up" that is and then my system breaks down big-style lol