Sowerby Bridge and a new plan...(well half a plan)

Yes I know it's been ages since I've been back here - sorry.  ALL I can say in my defense is that I HAVE done a daily (ish) tweet... on my phone as it's easier than sitting down and fighting with my non-compliant  using my aging laptop.

Anyway - I'm here now so lets make the best of it and have a catch up.

Since we abandoned the drought-stricken Rochdale, we took a brief exploration up the Halifax arm of the Calder  & Hebble in to Salterhebble Basin - it WAS'NT worth the trip 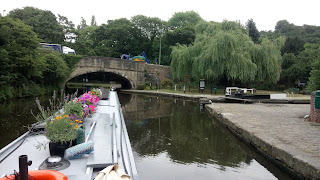 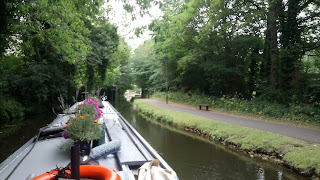 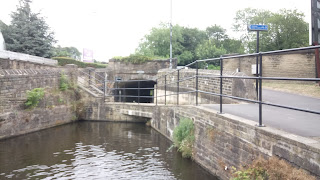 Why not you may ask? - well to start with at the end of the arm is a sewage works... and a Premier Inn with a Brewers Fayre (could be called Brewsters now) pub overlooking the turning hole... none of those were TOO bad but REALLY but what WAS a  problem was a submerged tree branch about 6 inch in diameter that got wedged between the rudder and prop and stalled the engine!  All of which happened with a wind blowing us into places we would rather not have hit WITH the biggest audience of lunchtime diners you could imagine.    After about 30 minutes down the weed hatch like a contortionist, I finally got the branch free and we returned whence we came.

The rest of the journey on to Brighouse was uneventful - although the heavens opened up for the last few hours and we both got soaked... well I say we BOTH got soaked...ANDY got more wet as he was convinced it would "blow over" so refused on several occasions the waterproof jacket I offered lol.  The skipper on the other hand, stayed relatively dry under the multipurpose parasol. 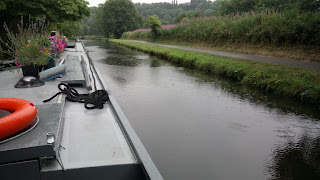 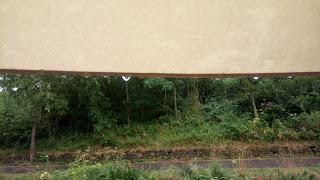 Whilst the Calder and Hebble (at present) isn't TOO dry, it's easy to see how much water is wasted all the time: 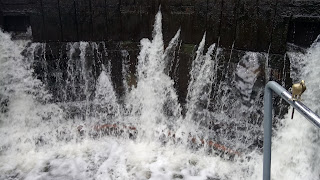 WE entered Brighouse and spotted for the first time, the climbing wall . 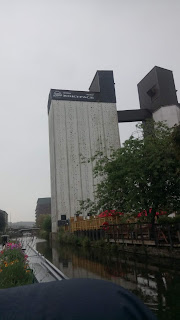 SICK of the rain by now, we moored on the 48 hour visitor moorings outside Sainsburys in a space that was about 58ft long... Perfectly - WAS anyone there to witness this? of course not!

We stocked up the larder and settled down for a wet night watching the telly.  About 1.30am we discovered WHY the space was available... it was right next to some "steps" that drunken/drugged teenagers are attracted to at that time of night/morning.  No harm, just lots of noise and in the morning we continued on our way.

I have to admit to feeling a little guilty when 2 volunteers older than my parents insisted on locking us down on to the river but took advantage of their kindness all the same and once through Mirfield, we tied up above Shepley Bridge lock and chilled out for the remainder of the day. 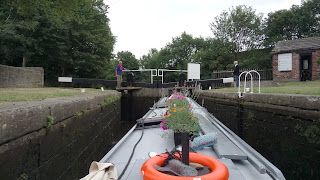 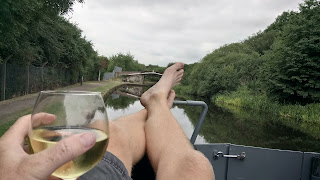 Once back at base (no idea where the next days photos went) we set to and gave the boat a bit of TLC - mainly to repair Battle-scars from the trip to Ripon. 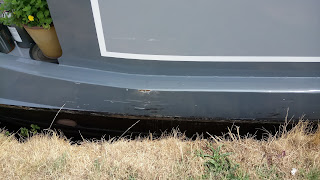 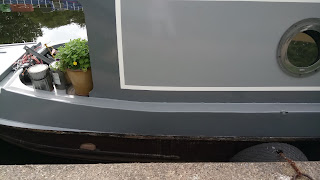 I don't remember doing these but they were there all the same.  Hey ho - a few hours rubbing down and then couple of coats of paint and it's good as new (although doesn't hold up to CLOSE inspection).

Next morning, we decided to chug off towards Leeds to "create our own breeze" - it really was sweltering.  We stopped the night at Lemonroyd before an early start the following morning before it got TOO hot again.

On route, we picked up another solo boater - this time a lady called Alison.  She was on a wide beam and shouted to ask if she could come up Knostrop Lock with us .  She handled her boat beautifuly and although when we arrived at the lock, it was closed whilst CRT did something, she came along side without touching and breasted up to us whilst we waited.

It was lovely to natter and drink tea in the sun and we both throroughly enjoyed meeting her - we offered to work her through in to Granary wharf with us and we ended up moored nearby for a night. 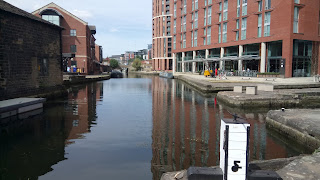 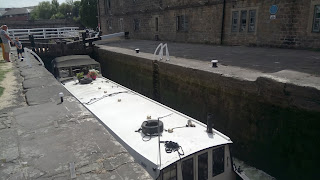 Not long after we'd tied up, we spotted some new neighbors of ours from Stanley Ferry on their beautiful new wide Aintree boat...  After a catch up and natter with them, we helped them down the lock on to the river (that landing is a bit tight at the best of times) and there were a lot of people in the way, waiting for the river taxi. 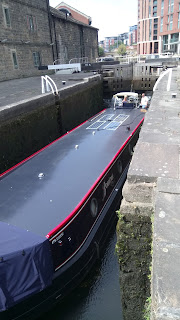 Note the sun canopy for the dog on the roof - He's spoiled rotten!

The decision to tie up in front of the hotel whilst GOOD for the solar panels, WASN'T good for the ears...  it turns out they (the hotel) play "durge" (the sort Yo Sushi play) to the outside seating/smoking area... UNTIL 11pm .  IT really got on my nerves and whilst we COULD connect to their free wifi, I couldn't stand another night of that din so we moved outside the Candlebar the next morning...

More rain again the other night - although this couple seemed TOTALLY oblivious to it...  I will not post any other photos for decency sake - suffice to say when they'd finished, we felt it appropriate to hold up marks out of 10 for effort and presentation! - they took it in good spirit and laughed as they went onto wherever they were going lol. 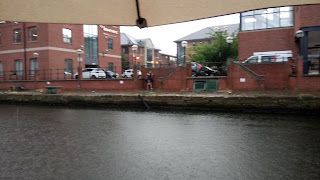 We're still there - not quite on the lock landing but closer than I'd like to be.Still, not many boats are moving around at the moment due to the imminent closure of the L & L between Gargrave and Wigan.

HOPEFULLY this won't affect our pan to go on as far as Skipton next week to pick up Andy's nephews for a weeks trip back to Wakefield.  We'll have to time Bingley right as it's now on restrictions too. Still, it did rain a bit last night and LOTS is forecast for tomorrow so things may improve slightly for us.

In other news, due to a combination of broken locks, broken  chambers,  water shortages and closures, it looks unlikely we'll be able to navigate our planned route down to Wolverhampton for Autumn.  As such, I've been in touch the 4 guest bookings this will affect and suggested we do it in April next year - or in the case of the antipodeans, take them from Leeds to Skipton and back instead.  We're a bit down in the mouth about it but folk HAVE responded kindly and understand it's totally beyond our control.

We've certainly had a baptism of "challenges" to deal with for our first year but it's not detracted from the adventure.

HOPEFULLY, CRT will keep up their half of the bargain and MEND the problems with the network quickly and effectively.