Quite a tenuous post title I'll grant you but they are all, vaguely related!

Those of you paying attention will recall on Tuesday we had to have a bit of an early clean and tidy of the boat, in honour of a visiting guest... a Lovely (but bonkers so we got along wonderfully) lady who is booked on a trip with us later in the year.  She lives local to Marple so she'd suggested a few weeks ago we might try and meet up for a drink when we got here.  The plan HAD been to go to the pub for a crafty lunchtime  bottle (or 2) but in the end we got nattering and as I'd just made some bread, we soaked up the wine with some of that - followed by the aforementioned chocolate stodgy cake brownie I'd made... LUCKILY she'd read my ramblings and brought some cream with her - Very fortuitous lol.

Anyway - time flies when you are in good company (and we still needed to fill with water before leaving ) so it was after 4 when we eventually got going ... and that wasn't even WITH the water tank full as the tap is SO slow... THAT and the fact another boater was hogging the space - EVEN though he'd long since finished filling up.  I'm getting much braver now - ONCE I've checked there is no sign of a hose in sight, I pull along side and shout if it's ok to breast up and board them to fill with water...  at which point, said boater decided "I'm just about to move off"...  so we hovered along side(in the wind) whilst he did just that....  SHARE the space please Mister - and that INCLUDES services!

Whilst I'm on about Sharing spaces, Whilst on the water point, I snapped this boat - apparently (and this came from talking to a CRT Volunteer) he's been in the 2 day mooring opposite the water point for 7 months now... citing Marple flight closure as a reason for not moving... 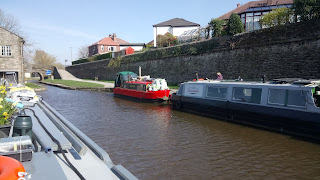 There are also another 2 boats in the same moorings - WITH Crt overstay notices pinned to them ... also with no intention of moving.

I don't mean to harp on about it but it's really is time that the rest of us STOPPED tolerating such greedy, antisocial behavior and pull them up on it - self moderate if you like but they make life so much harder for those that DO follow the rules...in some cases, it encourages MORE bad behavior from others and before long it's anarchy.... you mark my words.

ANYWAY - moving away from that soap box irritants, we began our 'Official chug' along the Peak Forest Canal... in quite a wind! 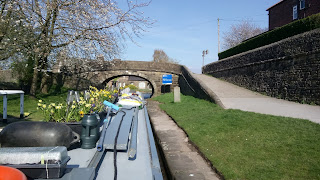 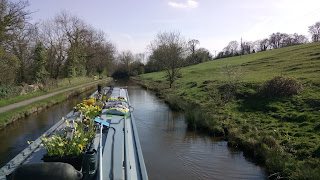 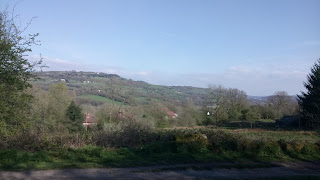 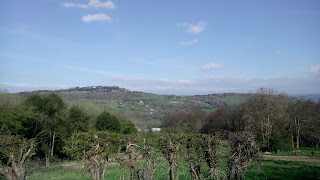 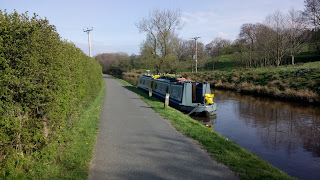 WHAT a gem of a canal!

OK, it's rather shallow in most places... and there are very few places you can actually get to the side to moor up - including lift bridge/swing bridges where other boaters seem to think it's OK to leave their boats tied up and go off...

The views are spectacular and we're really pleased to have come up here.  We didn't get too far but had a lovely peaceful mooring  in what felt like the middle of nowhere...  when I say peaceful, that's not withstanding the ruddy geese who once again were having "turf wars" in the middle of the night!

Next morning the views continued as we chugged along to the terminus - CRT using hoppers to re-surface the towpath in places. 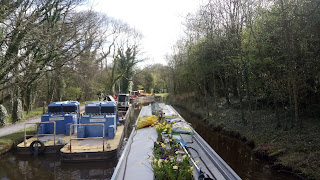 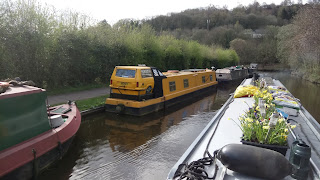 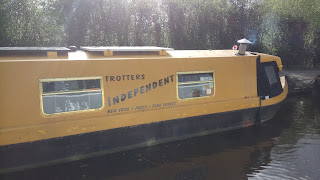 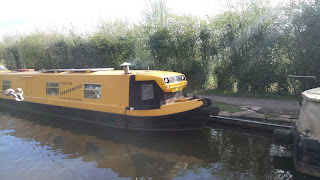 WE also spotted this rather bonkers eccentric boat and I sent a photo of it to my dad - he's always been a fan of 'Only Fools and Horses' ... I never quite got it.

Writing of dad, it's good to be in communication with him via text more now - when mum was alive, it was her who first adopted 'texting' as a form or regular communication and there was a brief period since she died, when I discovered I didn't have dad's correct phone number... now that is resolved, it's nice to be able to send him a photo or a few words in between phone calls - phone calls that remain hard for both of us trying NOT to upset each other.  Everyone keeps saying how time heals but so far, there it's barely a "Mr Bump" plaster on top...

At the Junction, we first explored up to Bugsworth Basin - where we actually FILLED the water tank, had a natter to the folk there who were really friendly and enthusiastic about "their Basin" and then chugged back to  explore the bit to Whaley Bridge 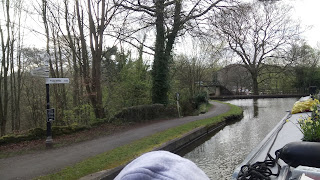 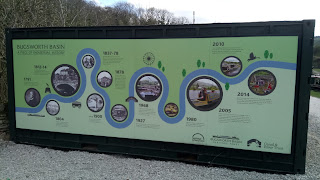 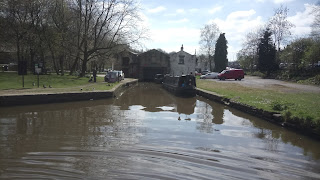 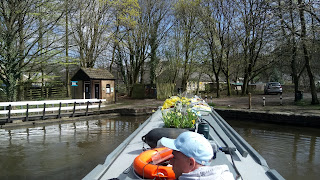 FYI - whilst there are services down the Whaley arm, that's about all it has going for it...  As someone commented the other day, it's dark, close to the road and dreary (I'm paraphrasing)... they omitted to mention it's also nigh on impossible to get moored up without scraping on a ledge.

We abandoned our attempt - we HAD planned on going to a pub for a pint and chugged back down the arm, stopping off at Tescos (just on the junction ) and then back to Bugsworth where I reversed into the lower basin - at the same time a chap was trying to reverse out.  I wasn't pretty!

Neither of us spotted each other - so intent was our concentration lol.

NO touching of boats and a friendly show of poor reversing for all nearby. 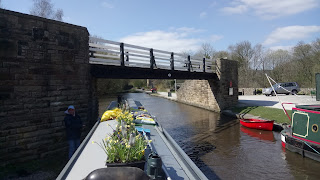 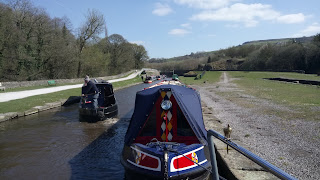 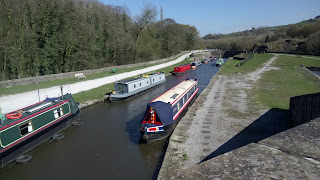 And here we are... safe and sound

Love your blog! Don’t know if you are aware but Bosely Locks have closed there is a problem with lock 3.