Frogall Tunnel - NOT a chance...

Having spent a peaceful (but blooming cold as it dropped to minus 2) night outside the pottery in Consall, we awoke to a calm morning with misty skys but the hint of a bright day ahead.  To some extent that's what got - here and there! 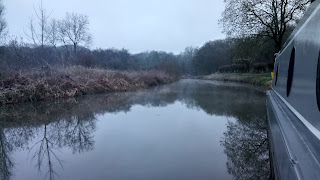 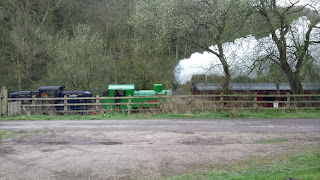 Just as we set off, the steam train came along by - we' hadn't spotted it might be running but I suspect they were just having a bit of a "play day" - talk about the perfect hobby!

First stop (just around the corner) was lock 17  ( think) - the one with the height gauge strips dangling that tell you if you'll fit through the tunnel and be able to get into the basin at the end...  as you'll see the top corners almost fitted but the solar panel brackets in the middle would have had to be cut down (something I keep putting off again and again)...  I guessed that if we piled on 150kg of coal, had a full water tank and half full poo  blackwater tank we'd get under... although knowing our luck a cold spell/colder spell would hit whilst there, we'd burn the coal and get stuck! 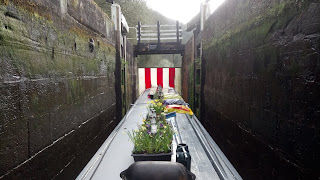 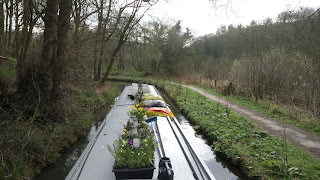 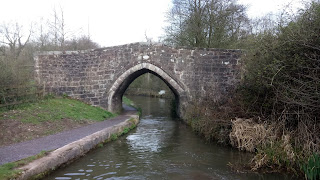 The farther (further?) we chugged along, the more and more narrow it became.  NOT many passing places should you meet another boat - the places where you could pass, often having a working boat dumped there.

The bridges whilst generally very pretty do hold hidden dangers - in the form of things that jut out about 4-6 inches either side under water... you think you are perfectly lined up for passage and just as you pat yourself on the back at another success, you hear the underwater scraping sounds.

Writing of scraping sounds - another thing that is difficult about this canal, are the lock collars - they seem badly designed and protrude quite some way - which on a lovely calm day wouldn't be a problem to avoid... HOWEVER as we seemed to be cruising though intermittent hurricanes, keeping away from them WAS hard - ergo, LOTS of scrapes to the newly touched up paint work -  I mean it's bonkers...  we come all the way through Standedge Tunnel in the dark without a scratch and then bugger up the paint on a few locks.  Hmmf.

Still, grumbling a side it's a lovely journey for the most part so what's a few scrapes?  As we approached the end of the line, we got chatting with a towpath walker and sailed straight on past the winding hole... that necessitated a bit of reserving before we pulled back to tie up and work to the terminus. 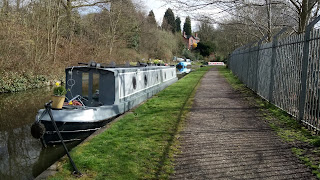 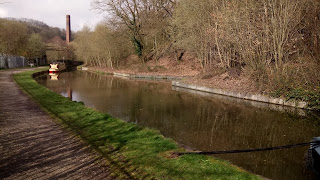 Having walked around the corner (probably only about 200 yards) we came upon the tunnel entrance and I have to admit to seriously considering "having a go"...  i figured, if we tried it in reverse, at least we'd have the engine power to pull ourselves out of a wedge - the crew mutinied at this point and library tactics came into place for a short while.... 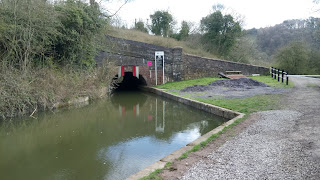 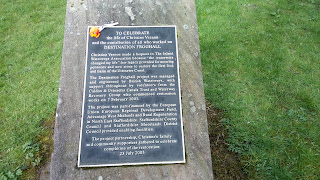 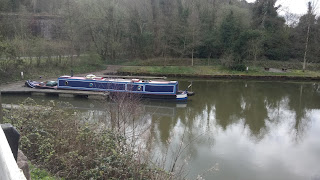 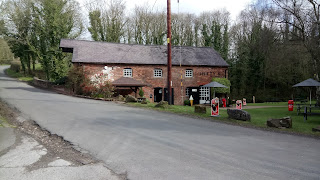 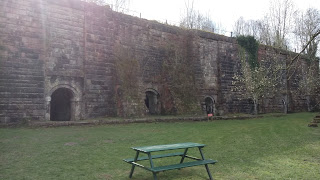 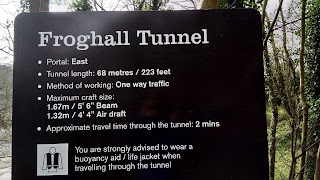 One 'low slung' boat had made it's way through and was enjoying the basin all on it's own.

As we set off back, we came across the folk we'd been following on the way up the canal on our first day - luckily, we were in a bit wide enough to stop so I dropped anchor (well not literally) - I think the term is "held water" and let them pass. 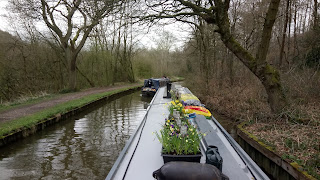 The result being about 15 mins stuck in the mud! 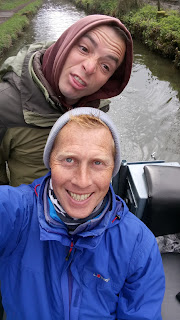 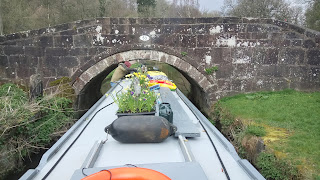 Bridge 50 soon wiped the grin off, when we'd forgotten to remove the Chimney.. Andy was quickly dispatched down the side as we said our farewells to Consall 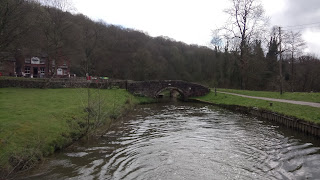 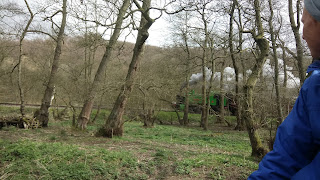 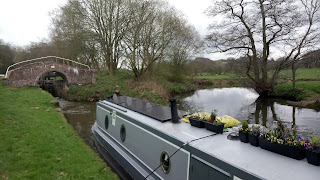 The weather decided to become wintry once more so we pulled down our coats and battled on as far as the Hollybush Pub at Denford... AT which point, no sooner had we tied up but spring returned.

We'd been cold and wet enough so decided to spend the night there and have tea out.  I must say, a more welcoming and friendly place you could not want - a "proper" glass of wine (for £4.60 compared to £6.80 in Uppermill) 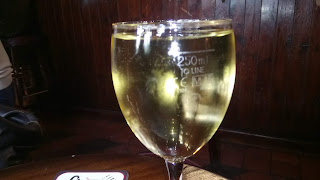 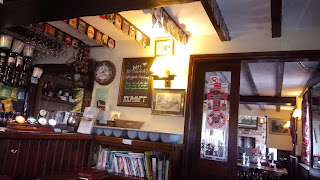 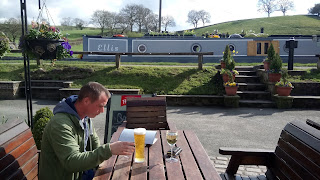 Another cold night followed and although a sharp frost overnight, 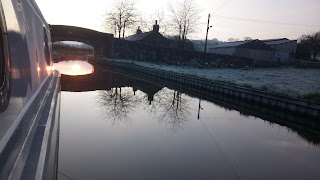 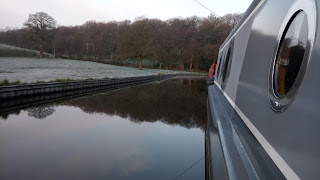 When we set off it had the promise to be a bright and crisp day - THAT was a lie... before long it began to POUR down... and what with the wind it really was a miserable chug.  We abandoned the day at Engine lock (about noon) and tied up for a noisy night against the field full of geese.  Now, whilst I am both an animal/bird and nature lover - HAD I had a machine gun at 3 am I would have used it !!!