The other day, I was harping on about ditching my old tools in favour of a dedicated "boat kit"... Well, although I'm YET to chuck anything out, I HAVE bought a new case - especially to live on the boat with us. 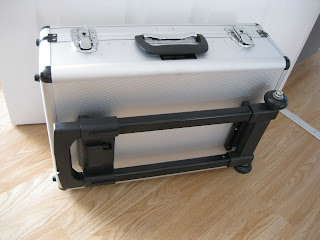 At first glance it's just an aluminium case with wheels attached... (they remove by the way) but on opening there's a whole host of useful thingamy bobs... 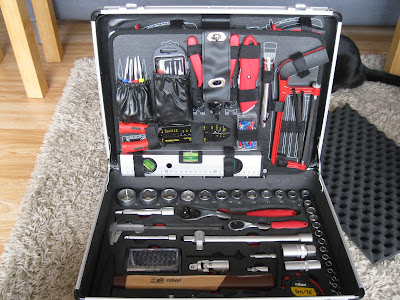 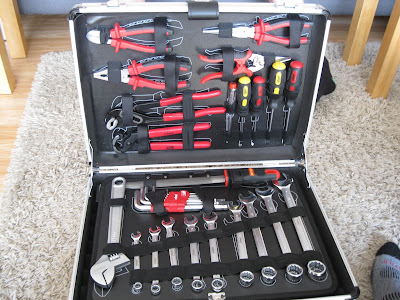 The "best" thing about it being that WHEN Andy finds something laying about the boat, he can put it back where it 'lives' because there are drawings/outlines of the tools so that even though he doesn't know what they are called, he can see where to put them back... when clearing up after me lol.

This will lead to a much more harmonious life onboard!

IT was a little bit of an extravagance (costing a little over £100) BUT it will be much easier than faffing around with multiple boxes of bits and bobs... OK so I'll still have a general purpose "inboat" kit that will live in a cupboard rather than in the engine bay (which is where this is destined to be) but I'm pleased with it and it will be very convenient having something so portable which contains nearly everything you can want.

Quality wise - it's only Rolson but as/when things break, I'll replace them with better stuff.... who knows, one day it MAY end up full of "snap-on" ;p) ... in my dreams!

You may as well through the spirit level away and put Araldite in then section from my end penitence :)