After 4 days on the ventilator, they woke him up properly yesterday and in the afternoon when my brother took mum down to see him, he was able to talk and was still very poorly but  in good spirits.

Being on a boat, quite often in spots with no phone signal has been very frustrating and stopping  my mind obsessing about things has proven very difficult.

THAT said, yesterday's antidote was the Wigan 21 flight.

We began our descent dead on 12 - noon 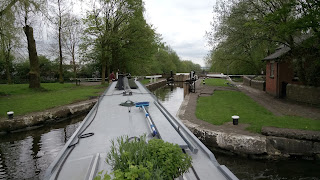 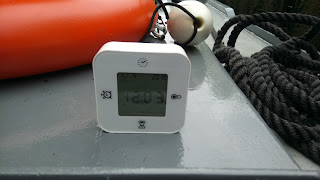 Before we began the lock keeper who unlocked the gates wrote me a list of things to watch out for... leaking gates (well badly leaking ones), stiff /jammed paddles etc. and which gates open more easily etc.  It was really helpful and although I did get a bit wet on this one, fore-warned if forearmed. 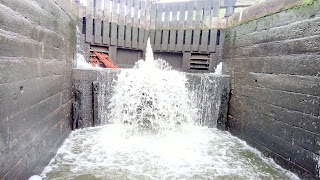 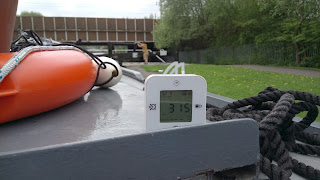 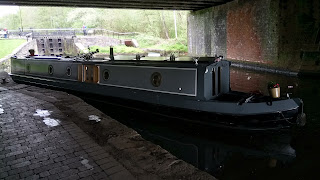 I must say that although it's NOT his job to work folk through locks, the keeper on duty AND the volunteer crew on site did a marvellous job of easing our passage down - they were impressed at what good speed we'd made for a 1 on the boat and 1 on the bank crew and rather than making wait until the published opening times (5-6) to exit the flight, he let us STRAIGHT out so we could continue on our way in the sunshine.

We chugged on for a while - passing the dry dock and "famous Wigan Pier" (which looks closed down) and ended up just beyond lock 89 - Crooke. 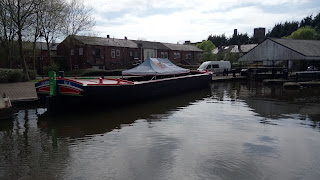 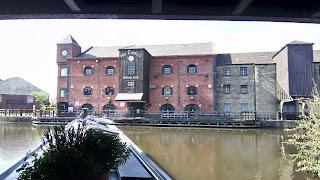 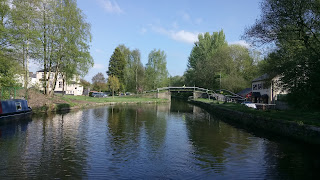 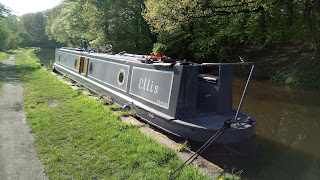 This morning I had a "Norman Collier" conversation with mum - the crux of it was that dad is much better and I'll phone her back later.

We're going to have a walk a little farther on at some point today to check out phone signals and suss out if it's worth moving on to Appley Bridge or spending a few days here in the sunshine... I've a LOT Of touching up to do and another engine service to do within a few hours so here is as nice a place as any to do it.

As I understand it (we were last here last summer) The Orwell (pub) is indeed closed. There was also a similarly named nightclub on the opposite side of the canal but that was demolished a small number of years ago. It is generally claimed (there is an info board alongside a figure of a worker) that Wigan Pier was a loading tippler and the ends of it can just be seen protruding into the canal on the opposite side from the building in your photo. (although wikipedia https://en.wikipedia.org/wiki/Wigan_Pier says that this is a reconstrction) Google Street View includes the towpath and a clear picture of the display. (Google Maps does show Wigan Pier in two places!) In general it seems to be an area that deserves better than it has had of late although extensive apartments blocks are being created so it may change.

If you haven't seen it yet have a look at This!
https://nbareandare.com/2018/05/05/saltaire-to-farnhill-via-the-bingley-staircase-locks-and-signs-of-spring-at-last/
Barry takes cracking photos and you are featured!

I've lost the option to reply individually - my fat fingers must have hit an "unknown" button...

Thanks for the info Mike. We quite liked Wigan once we got down the locks... didn't look threatening at all although no one seems to pick up after their dogs!

Thanks for the links to the home brew chap - he went by the boat the other day and shouted back he'd taken some photos and to check them out.... nice bloke isn't he?


We DID see Aslan (the boat) the other day he was going the other way... didn't realise he was on you tube so I'll go and check him out. Cheers.

Nice to actually say hello today, it was unexpected so only a couple of words