or lack thereof.  Today has been difficult.. as was yesterday come to think of it.  I'm TRYING my hardest to be laid back about the whole buying process.

When I say trying, what I mean is constantly checking my phone to see if I've somehow missed a call from the builder.  Of course, I'm my own worst enemy here because when we spoke on Friday, I categorically told him there is no rush... not wanting to put him under any pressure as he had plans for both the weekend gone and the one coming...  (I can only do weekends due to inflexible work commitments - *read ran out of holiday until April* ... I've also got a few hospital appointments booked off so don't really want to take liberties.

I'm sorry by the way - when I write I slip between "I" and "We" without thinking sometimes....  As you might gather, I'm the organised/organising/obsessed/control freak one... Andy (the other half - same sex if it matters) is far more relaxed/laid back/ying to my yang I suppose.  It helps sometimes and his sense of fatality (that's not a good word but I can't think of how else to put it) should be a calming influence and something I could learn from.  I'm trying - I really am.

What I would say is that I will call him tomorrow if he's not called me first - just to see if he's got my email wish-list etc.  .... that's another word I hate - "just"...  I try SO hard not to use it at work... people are forever saying "can't you just do this or that"... YES I can.. but saying "just" doesn't mean it's not a whole lot of work or hassle.  People who say "just" clearly have no idea about what is involved how how much effort goes into achieving "just that".....

Right - given that I've written nothing of either interest or worth, I'll sign off now.  This blog thing... I don't really know how it works yet but in my head, I'm thinking of it as a 'dear diary' kind of affair.... somewhere to record my obscure thoughts and perhaps achieve some kind of cathartic absolvence. 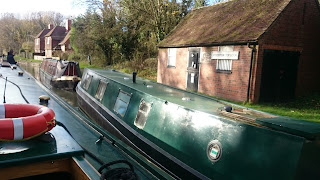 Oh btw  the photo (if it works) is just one taken on our last hire holiday ... in November during hurricane Edna (or whatever she was called)