A Segway to Runcorn and wrong numbers...

Yesterday morning, the sun was shining, the sky (mostly) clear and bird song was abundant... SO, rather than explore Lymm (which we've done loads of time on foot anyway) we decided to pull ropes and chug along instead.

The sun-shine was a bit deceiving - BOY it was cold... of course, a certain Ginger idiot the Captain, hadn't dressed accordingly and spent the next few hours with teeth chattering.

As we left Lymm along the canal, we were reminded we were in Cheshire and generally the views from the cut was quite lovely. 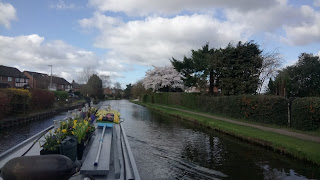 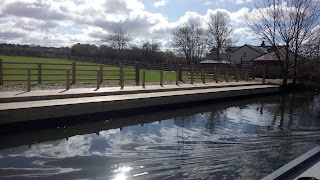 Chugging along, we came through Moore and saw the first reasonable gathering of swans for we'd seen for a while - Geese generally being more common since we left Huddersfield. 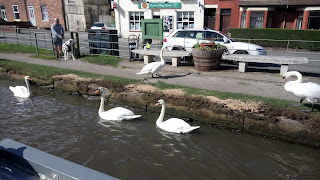 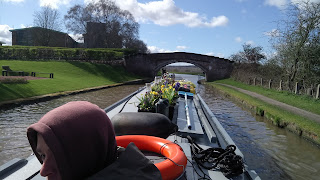 The wind was picking up a bit now but the sky remained bright so we plodded on and before long we'd arrived at Preston Brook - given we were a day ahead of schedule now, a plan was quickly hatched to divert up the arm to check out Runcorn... 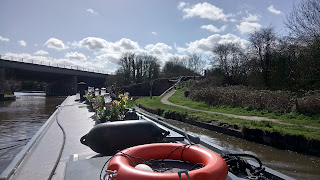 The arm starts off nicely enough with a boat yard and Marina etc.. even some of the housing along side is pleasant but you soon get a feeling things are going to go down hill... 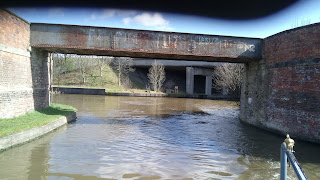 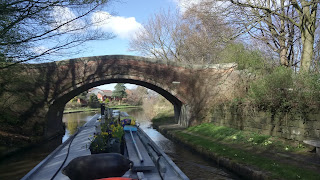 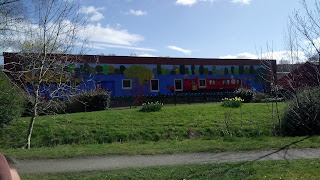 Our idea HAD been to tie up for the day outside the Brindley Theatre as there are both rings AND CCTV cameras there...  however, as we chugged on by, a couple of motor bikes sped past and gave the place a bit of a negative vibe - continuing on to the end of the arm it just didn't feel nice.. razer wire everywhere and moored boats with metal grills on the outside of the windows - WHY folk choose to stay in such places is (as in live in boats that look like a prison) is beyond me. 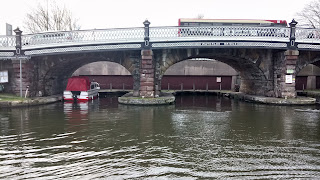 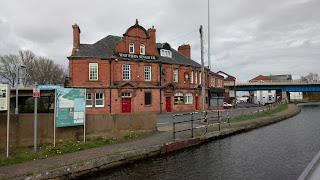 We turned when the canal ran out - just in front of this old pub... I'll leave YOU to work out how to pronounce it... suffice to say, I don't think it IS a pub any longer  - although I'm happy to be proven wrong.

Retracing out steps chugs, we went back to Preston Brook and turned right to find somewhere nice to moor for the evening- my toes almost ready to drop off.  First we went through Preston Brook Tunnel and for a change for us, timed it just right ... arriving at the portal at dead on half past 4...(half past to twenty to this direction)...   Since Standedge, nothing has even come close at feeling like a tunnel - in fact, I THINK my fear of them is now gone... that's a result...  we chugged on through in no time. 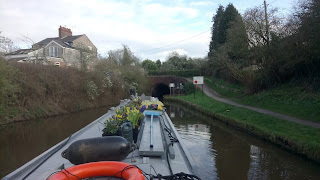 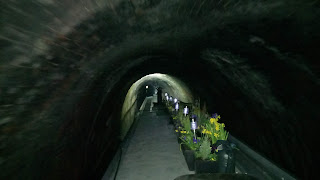 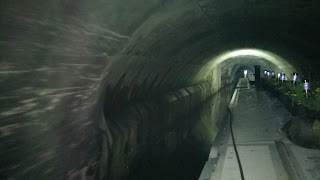 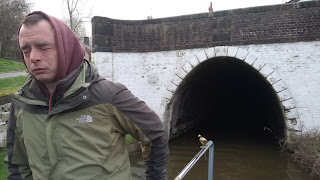 Andy had been at the tiller and when we emerged, I was amazed we'd not clonked into the side even once ;-) 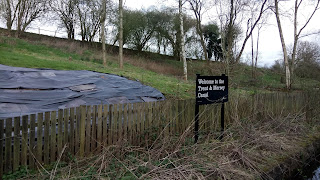 Our day ended on the Trent & Mersey Canal... another first for 'Ellis' - we were even lucky enough to find some rings to moor on ... the down side being we were in a signal black spot for both the TV and my EE internet connection... ergo, this is coming to you from "Three"...

You're most certainly right, a pub it is not...
http://www.watphrasinghuk.org/

We are following you and went to Runcorn this afternoon. We have moored at the end a few times and never had a problem. Tonight we are moored on the T&M on rings site of the Dutton breach and I have a good 3 signal, last week we were at the rings near the nursery and had a good 3 signal there as well. I use a Mifi for connection. You should find loads of Swans as you leave Middlewich