Here we are then - it's Thursday Morning and I need to bring this a bit further up to date ... before I do, just a quick heads up that for some reason I seem to have lost the ability to reply to comments made directly... I have NO idea why... so please don't be offended when I don't appear to acknowledge them...  A special note of appreciation here is sent to anyone being kind about mum dying - folk sharing their own experiences of the grieving process IS appreciated. x

So then - Having left Uppermill on Tuesday morning, we continued our journey along the HNC.  It really is quite a nice canal and we both said how much better it will look with some more greenery.  THAT said, in places even now when it's wet, it was rather shallow...  luckily for us, we only encountered one "problem" and that was with a bike frame wedged behind a gate ... that took me ages to fish out.  Apart from that, a thoroughly pleasant chugging experience.

Note ANDY taking the glory here as his phone was on the boat apparently so I had to take the photo of HIM holding the bike I'd just fished out.... hmmmmf 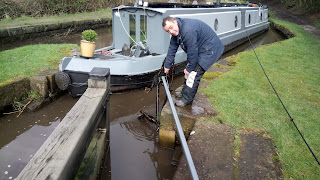 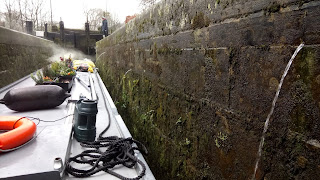 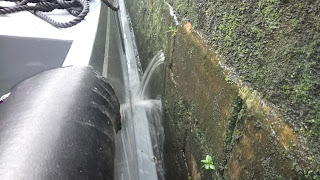 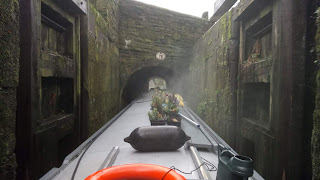 The top gates on most of the locks - especially higher up, were very dry and non-leaky...  their condition declined the further down hill we went. 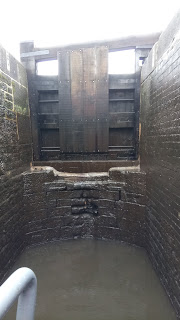 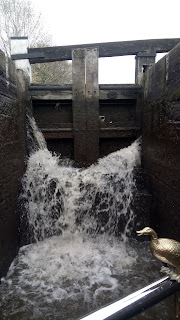 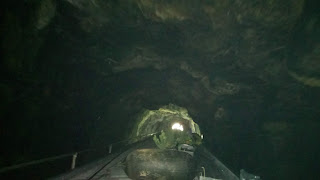 but a walk in the park after Standedge...

It was a good job we'd left the chimney and Ariel off as most of the bridges were very low - 96 would really have caught us out! 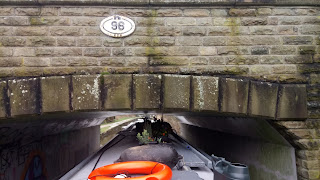 There is a service block and moorings just after it but to be honest, what with all the razer wire, it didn't really have much appeal - perhaps if you were desperate for water or to empty a toilet cassette it might be worth a stop - we pressed on and before long had completed our navigation of the canal. 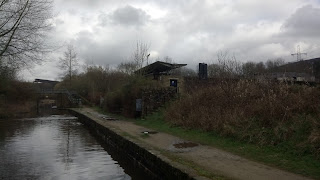 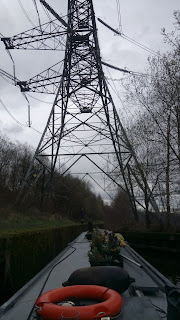 Andy got back on where the canal passes under the pylon... and not long after, we'd made it down to Lock 1 (the end or beginning) and to the Ashton Canal. 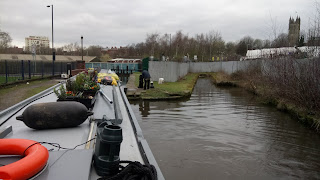 Ashton Under Lyne was our planned stop for the day - something we half regretted when we pulled up near Portland Basin... WHAT a shite hole (pardon the vernacular)... 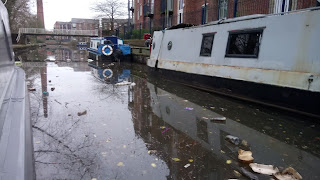 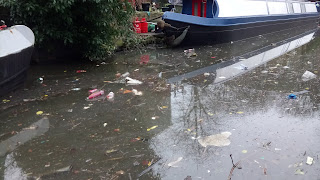 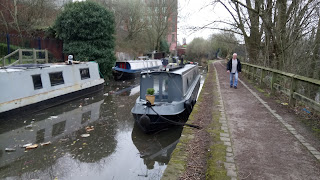 It did for one night's mooring but I didn't sleep well - mainly due to some murderous thugs having a fight outside the boat at 1am... which culminated in words along the lines of "I'm going gut you and feed you to the fish"... Andy was oblivious - suffice to say, I spent the remainder of the night on sentry duty lol.

Happy to move off but SAD not to be turning down the Peak Forrest as originally planned to head to Marple - Marple flight STILL being closed due to incompetence at lock 11. 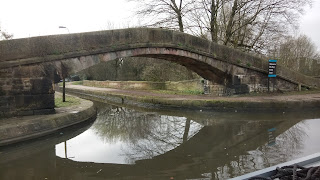